One time I was on a literary panel and the interviewer asked why I chose to have three kid characters in Best Intentions. I sat there thinking (all eyes on me), ‘Eek, is he saying that was too many? Should I have practiced authorial birth control?’

But I pulled myself together and admitted I didn’t really understand the question.

The moderator said that in his experience writers find children so difficult to craft and differentiate they generally stick to two juveniles per adult tome.

I was surprised by this, because

a. I’d never noticed and

b. I’m the exact opposite.

I’m blown away by kids — their quirky world views and hilarious articulations. Children say things that will knock you out. My grandboy recently requested that his mother, ‘Help me do it myself!’ And one of his preschool colleagues directed him in their house role-playing by stating, ‘I’ll be the wife, you be the cousin.’

Children are no different than their taller counterparts to write about. They’re fascinating. Unique. There are fastidious ones who park their Hot Wheels in straight lines before bed, and creative ones who name everything from their stuffed animals to the freckles on their own arms.

Years ago, I hung out with nursery school aged sisters. The three-year-old was a pink-loving, fru-fru child who worshipped all things princess. Her elder (by a year) took out books from the library about planets, had constellations above her bed on the ceiling, and changed her name from Grace to Space. Two decades later, the younger is an accomplished ballerina, her sibling, a scientist.

(I actually stole some of their lines for characters in my novels. Once, the girly-girl was watching TV and got upset about the staticky lines messing up the picture. “Well, just stop looking at it,” Space said, matter-of-factly.

I totally got what she meant.)

Children can also break your heart.

I was at a kids’ party at a homeless shelter where this amazing magician turned a dollar bill into a crisp fifty. Everyone was appropriately wowed. But then a third-grader came up and asked me how the man did that.

“Well, can he do that for my mother?”

Kids boil everything down to the basics. In fiction, as in real life, they are not to be taken lightly. Make room for them. Hang out. Listen. Respect their words. 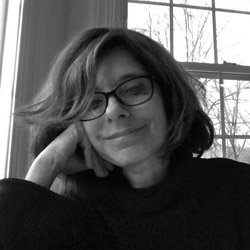 A writer, Erika Raskin is the fiction editor at Streetlight. Hunkered down at home in Charlottesville, spending her days thinking about cleaning the kitchen, she recently learned that Shakespeare wrote King Lear during the plague. To which she says, yeah, yeah.