If you’re a writer with even minimal involvement in the online writing community, chances are that you’re familiar with the terms, “plotter,” and “pantser.” And if you’re a plotter who manages to successfully finish books—and by “successfully” I mean get out a sloppy first draft with a rough approximation of a beginning, a middle, and an end—then you probably don’t have much angst about being a plotter. You get an idea for a story, you work on an outline and sort out your story arc, you might even plot scene breakdowns, and then you write according to the plan, adjusting as needed. Sure, the process is still a whole huge ton of hard work, that’s what it takes to write a book, but overall you feel good about your process and it seems to work for you, especially after you’ve written your first novel and you somewhat have the hang of it.

So, what does pantsing look like? Well, most writers assume that it means exactly what the name implies. You fly “by the seat of your pants” and make up the story as you go along. And while there is some truth in that, it also doesn’t accurately cover how exactly the process unfolds as a creative cycle, or why pantsing is a better approach for some writers. As a rule, pantsing as a creative process is wildly misunderstood by most writers and so, if you are a pantser by nature, deepening your comprehension and skill set around the process of pantsing can be a long, bumpy, and very lonely, road.

For starters, almost all writers assume that plotting vs. pantsing is a choice made by the writer before they begin their novel. I’ve seen many writers express confusion over why someone would “choose” to pants their way through writing a book, or issue warnings that if writers don’t outline, their project is sure to end in disaster. Usually, the writer then uses the example of how they tried to write without an outline in the past and everything went south very quickly.

Plotting vs. pantsing is not a light-hearted choice. It’s not like picking between chocolate or vanilla ice cream. It’s also not about choosing between “hard work” (outlining, writing scene breakdowns, etc.) and “fun” (merrily letting your imagination run in all directions). Pantsing gets a bad rap, even if it’s not explicitly stated much of the time, because there’s this assumption that it’s haphazard, disorganized, and that all real writers worth their salt know good and well that you have to do the hard work of planning a novel before you sit down to do the hard work of writing it.

The truth is that pantsing involves just as much hard work as plotting. Because pantsing is not “making things up” as you go along. Its real name is intuitive writing, and what it actually involves is the writer going deep within themselves, bypassing the logical side of their brain, and using their intuition to pull images out of their subconscious (or out of a different reality, depending on the writer’s belief system), and then translating those images into words, which are then recorded on the page.

“Making things up” as you go along is what plotters do when they are pantsing and it doesn’t involve the intuitive side of the mind at all. It’s a plotter continuing to use the same faculties they use to plot—the rational side of the brain—in an attempt to pants. Pantsers also try to use this method when they don’t understand what it means to properly pants. And this is why both parties fail miserably at pantsing when they try to do it this way.

In addition to this, most pantsers actually do not know they are pantsers. They just think they’re failed writers. Most pantsers are usually introverted, intuitive personality types (INFJ or INFP), and so they’re used to living in a society where they’ve always felt out of step and where they’ve always had trouble with the mainstream processes of learning. So what we end up with is the INFJ or INFP writer who is a born pantser, but who has tried to educate themselves on the craft of writing by consuming articles and guides that have been almost wholly provided by plotters. And that’s when we see writers who love words, live through books, are ignited by passion and beauty and emotion, but have also started three novels and never finished any of them. Or the writer who begins writing their book full of inspiration, but then hits the middle of the book and has no idea where it’s going and gives up.

These writers are not failed writers. They are pantsers living in a plotting kind of world with little to no resources that will teach them how to work with their characters and story on the level of emotion and intuition, which is the only thing that will actually get them to that place where they finish a novel.

If this is you, if you’re reading this and little lightbulbs are going off in your brain, then know that you are not a failure at writing and you don’t need to apply yourself even harder to the process of plotting, something that will never work for you anyway. The solution is learning how to become more of what you already are: an intuitive writer who needs to learn more about your own intuition.

Intuitive writing is something I work deeply on with my clients in coaching. If you think you might benefit from this, my coaching page is here for more info, and you can also email me at [email protected] If you’d prefer to begin tackling the process on your own, I recommend learning more about meditation and connecting with your higher self through whatever mediums call to you.

This post originally appeared on Lauren’s blog on September 23, 2019. 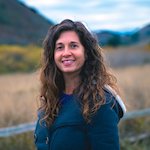