It all started when a friend in California sent me three used paperbacks that someone donated to her sidewalk library. My friend and I hoped that my nephew who is stranded here during the pandemic without school or camp might pick up a book and read.

One of the books was The Prairie, by James Fenimore Cooper. I admit I had never been able to read past the first chapter in the author’s The Last of the Mohicans. It was a sweltering July day and I sat at my kitchen table, possibly waiting for a phone call. Why else would I start reading the introduction to a novel I had no interest in.

The introduction begins: “The geological formation of that portion of the American Union which lies between the Alleghenies and the Rocky Mountains has given rise to many ingenious theories . . . the whole immense region is a plain . . . there is much reason to believe that the territory, a large portion of the country west of the Mississippi lay formally under water . . . the broad belt of desert which is the scene of this tale.”

Why was I captivated? I had hated driving through Kansas fifteen years ago in a cross-country trip from California to Virginia. The dry flat lands stretching for miles. Even if I had known it had once been a sea, I don’t think I would have liked it any better. But now in 2020 I became transfixed by the nineteenth century description of the land. Ordinarily overwritten and hackneyed phrases like “majestic mysteries” would have turned me off. But on this particular afternoon I was mesmerized.

What was happening to me?

The old-fashioned diction and syntax of a geological description had tripped my brain’s escape valve. The matter-of-fact nineteenth century storyteller’s voice setting the scene for Cooper’s last novel in the Leatherstocking Tales cast a spell over me. I experienced a wave of calm mixed with relief.

Over the past months I have been addicted to news, political discussions, rants, and laments.The act of reading a nineteenth century American novel’s preface triggered an unexplained altered state, a quasi-religious experience. And as in most highs, I wanted more. Like an addict, I spent the rest of the afternoon scouring my bookshelves, flipping to introductions and prefaces of nineteenth and early twentieth century works. Soon I learned that not all prefaces were created equal.

I moved from a surfeit of intros and prefaces to the European travel diaries of the past century. Andre Gide’s Travels in the Congo, a book I had never opened until that afternoon, captivated me. Gide writes, “July 21—third day of passage out. My state is one of inexpressible languor.”

“My state is one of inexpressible . . . ” there it is again, that language.
We are so many days out on this passage of politics and plague.

We find our antidotes where we can. 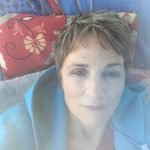