There are silhouettes of dogs cavorting on the cover, barking and begging, and a misspelled title. Was it so foolish to assume that the first-person narrator at the start of Alice Kaltman’s beguiling new novel Dawg Towne (word west press, 2021) is a canine? Given that some of my favorite stories have dog narrators—from Chekhov’s Kashtanka to Kafka’s Investigations of a Dog—and that I myself have written dog-narrated fiction (Head of A Dog in The Hong Kong Review), was that so wrong-headed?

Dawg Towne begins: “You wouldn’t know me now, if you knew me then,” and continues: “My smells back then: pine sap, wet loam, river-tossed pebbles, pond scum, decaying carcasses, honeysuckle. . .” It’s a lyrical opening that continues for nearly three pages, veering from natural beauty to social criticism to another litany of smells, these more current: “My smells now: exhaust fumes, sugar, lighter fluid, wet cement . . . roasted coffee, rotting vegetables, human piss, dog poop.” And then the kicker: “Welcome. You can call me Towne.”

It wasn’t a dog after all, but Towne speaking—a middle-class suburban town changing before our eyes. For me, this opening was a delightful surprise. Although there are many dogs in Dawg Towne, at the heart of the book are Towne’s human inhabitants, who live in varying degrees of loneliness, longing, and dislocation. There’s Nell, an aimless bordering-on-anorexic twenty-something searching for intimacy and meaning; Abe, a new father and would-be novelist struggling with writer’s block; David who spends his Bar Mitzvah worrying that instead of becoming a man he longs to wear girl’s clothing; and Paddy, the recently-widowed owner of the Gas n’ Go, who pumps gas, changes oil, and sells newspapers and sundries. Kaltman conveys how Towne is changing—and the sense of loss Paddy and other Towne-dwellers experience—in a concise description of Paddy’s store: 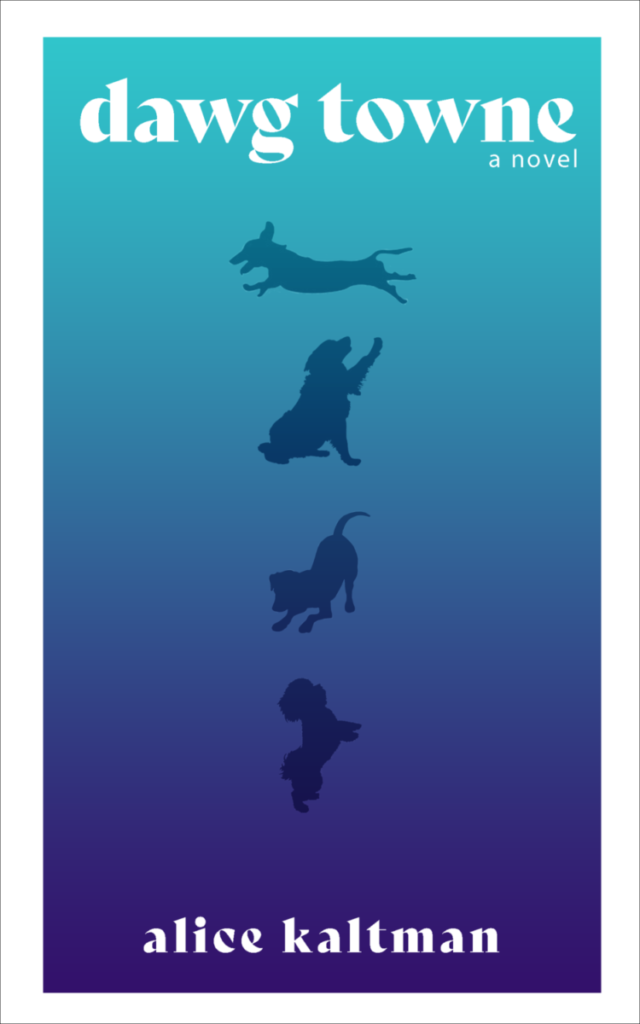 “Towne had become filled with sleep-deprived professionals on the move so Paddy moved the candy to the back of the store, and the Kind and Power bars up in front of the cash register, along with little vials of 5 Hour Energy. Paddy tried the magic drink himself, hoping for a boost. But whatever was in that stuff did zip for him. . . . What had he expected? Everyone knew there was no elixir for a broken heart.”

Broken hearts litter the sidewalks and gutters of Dawg Towne, along with posters for lost dogs, who have been disappearing at an alarming rate. The concerns of these Towne-dwellers may be familiar—parenting, starting over, death, loneliness, and love—but the unpredictable trajectory of their lives is not. One teen-age boy asks Siri, “Am I transgender if I feel more like a girl than a boy?” The hilarious and heartbreaking series of questions and non-answers finally evokes Siri’s reassuring reply (which thirteen-year-old David considers “lame”): “In my realm anyone can be anything.” Then David asks: “Hey Siri: Am I crazy?”

Kaltman combines the suspense of a whodunnit with a comedy of—well, not manners, exactly, more like lack of manners. Although we soon learn what’s happening to the dogs, we keep reading to find out what will happen to their bereft, deeply-flawed owners, not to mention the dog thief.

One interloper in Towne is a handsome TV star. This selfish, womanizing actor, Brady Cole, is participating in a costly program (led by a greedy charismatic guru) to transform himself into a higher level of being. In the meantime, Brady falls for David’s newly single mother, Lucinda, an average-looking middle-aged interior decorator, who wants only to kick-start her business by refurbishing the actor’s mansion but foolishly engages in tedious love-making with Brady. Her best friend is envious, but Lucinda explains why this supposed sex god doesn’t turn her on: 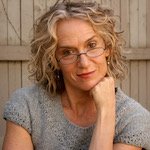 Alice Kaltman is the author of the story collection Statterwing, and the novels Wavehouse and The Tantalizing Tale of Grace Minnaugh. Her writing appears in numerous journals, including Hobart, Bull, Joyland, Lost Balloon, and The Pinch, and in the anthologies The Pleasure You Suffer, On Montauk, and Feckless Cunt. Alice lives, writes, and surfs in Brooklyn and Montauk, NY. 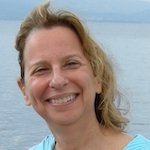