In your final manuscript, every scene should contain a conflict that’s essential to your narrative arc, something that simultaneously captivates the reader and catapults your story forward.

Like stories, scenes also have a shape. Some work well, while others fall flat.

A pear-shaped scene contains a lean entrance followed by some interconnected actions that build to an emotional beat. Once there, the storytelling slows down while the tension rises until we reach a pivotal moment when the main character makes a choice. Sometimes it’s an internal choice only known to the narrator. Other times, it’s an external choice that’s revealed through action or dialogue. When we reach that final riveting moment that resolves the scene’s conflict and sets up future problems, the scene ends.

Books filled with pear-shaped scenes tend to be page-turners that have cinematic appeal, such as Catching Fire from Suzanne Collins’s Hunger Games series, Cheryl Strayed’s Wild, and Alexandria Marzano-Lesnevich’s The Fact of a Body.

Now, let’s talk about some scene shapes that require revision.

The problem: In funnel-shaped scenes, the weight is in the setup. The beginning is filled with rich setting- or character-developing details that evoke a certain mood. There might be a panoramic exploration of the landscape. We might learn a lot about what your character looks like and how he or she behaves before anything happens. Sometimes these scenes lack a clear conflict, or the conflict is outshined by the lengthy opening. When we get to the beat those details that were painstakingly developed are barely mentioned.

The fix: Before you write, identify your scene’s key conflict and the moment when it comes to a head. Consider what choice your main character will make—and it doesn’t have to be grandiose. For example, they could simply fail to respond to some dialogue, because lack of response is a response in storytelling. Then, choose a few select details that will establish your setting. Make sure one of them can do some work in your emotional beat.

As you write, craft a slimmer beginning that quickly gets to the action, then slow down when you reach your emotional beat. Make use of those careful setting details. Once the conflict has been resolved, exit stage left.

The Wind Tunnel and The Watermelon

The problem: Wind Tunnels happen in both high- and low-intensity scenes when we breeze through the action without landing on an emotional beat. We know we’re in a wind tunnel when we have a lot of action that follows an “and then, and then” format.

Watermelons are the Wind Tunnel’s large, heavy cousins. Watermelons are high-drama scenes where readers are blasted with actions and events that upset and jar them. There’s no time to rest and nowhere to focus our attention.

Watermelon-shaped scenes are common in memoir drafts when the narrator has gone through something truly awful. Often, they are start-to-finish renderings of a traumatic event where the narrator is powerless and victimized. Because things happen to the narrator, there’s no focal point and no decisions are made. We know we’ve encountered a watermelon when we’re upset and maybe even outraged by what we’ve read, but we don’t know what to do with the scene’s information.

If you’re wondering how to manage a beat in a high-intensity scene, watch some battle or chase sequences from your favorite movie. You’ll notice there are times when we’re in the fray but, eventually, the action slows down so we can focus on two or three main characters. During these beats, the larger battle fades into the background as we zero in on a pivotal showdown.

The problem: You’ve entered late, kept the beginning slim, and rocked your emotional beat. But, when the moment is over, you keep going. Maybe you process the experience through your main character’s internal dialogue or you go on to some new, less important moments. In memoir, you might reflect on what’s just happened. Often, the writer’s goal is to make sure the reader understands the point they’re trying to make. But, like the tail on a kite, the information just hangs there, lowering your dramatic tension.

The Fix: Find your beat, land on that moment, and like the director boss that you are, yell, “Cut!” Scrap anything after the beat that doesn’t propel your story forward. Trust the reader to intuit your intended meaning. If you’re not sure whether your point has been made, send the piece off for feedback sans the extra material. Ask your critique partner to summarize the point of your scene. Compare their summary to your answer. If it generally matches up, yay!

A longer version of Fix Your Scenes Shapes To Quickly Improve Your Manuscript by Lisa Ellison was first published on janefriedman.com, Feb. 10, 2021. 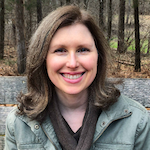 Lisa Ellison is an editor, writing coach, and speaker with an EdS in Clinical Mental Health Counseling and a background in mindfulness. She has spent the last two decades helping clients and students turn difficult experiences into art. Her life story and essays have appeared on NPR’s With Good Reason and in Hippocampus Literary Magazine, Kenyon Review Online, Huffington Post, and The Guardian, among others. A member of the Moving Forewords Memoir Collective, Lisa is currently working on Lucky Me, a memoir about how traveling with a heavy metal band into post-Bosnian-War Yugoslavia helped her survive her brother’s suicide. To learn more about Lisa’s work and writing, check out her website (https://lisacooperellison.com/) or follow her on Twitter: @LisaEllisonsPen.