I am the brown-skinned, biological mother of a son presumed to be white. My mother is Ecuadorian and my father was Jewish American. I was raised to name and understand racism and was taught that the racism I experience is because of an ideology of racial difference that systematically privileges and protects whiteness while simultaneously disenfranchising and criminalizing blackness and brownness. Even before I had the language to describe this understanding, I knew it was an ideology and a system that I had to challenge.

My son furthered this understanding. My husband is white, of Irish and German origin. Our son, along with his light skin, has light brown hair and blue/green eyes. He tans easily, has thick, full lips and almond-shaped eyes, but his skin color tells people in this society that he is white. Just like my skin color tells people in this society that I am brown. The fact that our skin colors ostensibly tell people who we are is a symptom of the disease that is systemic racism.

There is a “hidden curriculum” in our society’s lessons about white supremacy, anti-blackness and systemic racism. That “hidden curriculum” is that there is an inherent difference between white people and everyone else. I refuse to advance this “hidden curriculum,” and that refusal is born out of my lived experience. According to Jane Martin, “. . . a hidden curriculum consists of some of the outcomes or by-products of schools or of non-school settings, particularly those states which are learned yet are not openly intended.” (Are You Doing Inquiry Along These Lines? Inquiry Into The Hidden Curriculum by Scott E. King, Hollidaysburg (Pa.) Senior High School, 1986).

I have seen an example of this “hidden curriculum” shared on social media. It is of an image, published by a school in Philadelphia, with the header, “They’re not too young to talk about race!” It is an illustration of the silhouettes of a growing child, from infancy to six+ years, with points about how children conceptualize “race” at different stages of development.

A statement on it reads, “Young children notice and think about race. Adults often worry that talking about race will encourage racial bias in children, but the opposite is true. Silence about race reinforces racism by letting children draw their own conclusions based on what they see. Teachers and families can play a powerful role in helping children of all ages develop positive attitudes about race and diversity and skills to promote a more just future—but only if we talk about it!”

When I saw this image, I was aghast because it erases my family’s experience and because the advice given in fact corroborates the ideology at the root of the system. The image adheres to and solidifies the notion of inherent difference between human beings of varying skin tones. It also erroneously associates different physical appearances with the lie of belonging to separate groups.

I have reread the image many times, thinking of how it could be reworded so that it does wholeheartedly challenge white supremacy, anti blackness and systemic racism. That linguistic shift must happen if we are to envision a different (and better) future for our society.

The rewording could read, “Young children notice and think about racism. Adults often worry that talking about racism will encourage bias in children, but the opposite is true. Silence about racism reinforces white supremacy and systemic inequities by letting children draw their own conclusions based on how our society operates. Teachers and families can play a powerful role in helping children of all ages develop positive attitudes about identity and skills to create systemic change and promote a more just future—but only if we seek and speak the truth!”

My rewording places the emphasis on systems and ideology. I am unequivocally convinced that without a rejection of the language of racial difference, systemic racism will only continue to poison our society. I know this because of the way people react to my son’s physical appearance. I am often told that my son is “lucky” to be light-skinned. The flip side of him being “lucky” is that I, and all other dark-skinned people, are then “unlucky.”

To attach value to the physical variety of human beings is the bedrock of white supremacy, anti-blackness and systemic racism. White people being privileged by their light skin and Black and brown people being disenfranchised by their dark skin is not the result of how the world naturally operates. Rather, it is the result of a belief in, an acceptance and a perpetuation of the ideology of whiteness and racial difference.

It is time for educators and families alike to recognize the “hidden curriculum” that solidifies white supremacy, anti-blackness and systemic racism. I recognize this “hidden curriculum” because of who I am, and as a result, my son is not being taught that he is inherently different from dark-skinned people. My son is not learning that his skin color defines his totality or that it dictates the life he will lead. My son sees himself in dark-skinned people because those are the people to whom he belongs as well. We should not teach our children destructive lies. We should teach our children the truth. And then have them change the world. 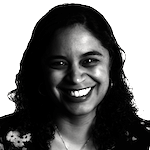 Naomi Raquel Enright is a writer, educator and equity practitioner based in Brooklyn, NY. She is also a National SEED Facilitator and New York Appleseed Board Member. She was born in La Paz, Bolivia to an Ecuadorian mother and a Jewish-American father, and raised in New York City. She holds a BA in Anthropology from Kenyon College and studied at the Universidad de Sevilla in Spain. She writes about identity, loss, and parenting, and her essays have appeared in several publications including Hold The Line Magazine, Family Story, Role Reboot, and in the anthologies, The Beiging of America (2017) and Sharing Gratitude (2019). Her first book, Strength of Soul (2Leaf Press; University of Chicago Press), was published in April 2019.