By September 2002, I had been out of college for nine months and the student loan officers were calling to collect my debt. I was only working thirty hours a week as a technical writer and editor of university computing documentation, which sounds more glamorous than it was and came with zero benefits. Calvin and I had moved out of a bad living situation with another roommate, so with only the two of us to share the rent and utilities money was tight. Calvin was still in school but was working as an assistant manager at a Blockbuster Video in a neighboring town. I followed his suggestion that I talk to his store manager, Jeff, about working part-time at his store. As soon as I told Jeff that I had studied film theory in college and that my favorite movie was Dead Poet’s Society*, I was hired. My only stipulation in accepting the job was that I did not want to work many shifts with Calvin. I later learned that what I had asked for was work-life balance, but at the time, I just wanted to avoid smothering my roommate in his sleep after he was a jerk to me at work one evening.

I didn’t make many friends in college. I was laser-focused on my schoolwork, going to classes and to the job that paid for such luxuries as deodorant, shampoo, and the occasional long-distance phone call. After I met Calvin, and especially after I started working at Blockbuster, my social circle widened. I met kindreds, twenty-somethings that also had to work their way through school and locals from whom I learned that the word “townie” is an elitist slur. We were all creative types – writers, artists, musicians, and above all else, movie nerds. My new co-workers invited us to parties where I learned to play beer pong and Asshole. Then, Calvin and I started hosting post-work hangs at our place, which we had nicknamed “The Terrace View Askew”, a nod to our apartment complex and homage to director Kevin Smith. Most people would call them parties, with all the alcohol, pizza, making out in closets, and waking up in the bathroom. We just called them Blockbuster nights.

Those three years seemed like an eternity in the best way possible. Sure, I only had one day off a week, Sunday, which I devoted to laundry, watching “pre-street” new releases, and calling my dad. (Truth bomb: I may have feigned religion to procure that one day off a week. Even God needed a day of rest.) Today I would be a zombie if I got less than six hours of sleep a night, but back then I felt alive, the days and possibilities were endless. Every thought and emotion moved in such urgency. I experienced that rush of belonging I had craved for so long, and I was finally living the college life that adult responsibilities had cheated me of while I was in school.

The Blockbuster group did more than just party. Calvin and I invited everyone over for a Friendsgiving feast each November. We started the tradition the year we realized that Jeff would have to work on Thanksgiving Day, keeping him from his wife and kids. (Jeff lived about an hour from the store and sometimes would sleep on a cot in the office when he had to pull a close/open. He was the most dedicated boss I have ever had.) And yes, we ventured away from the Terrace View Askew on occasions, attending lectures at the university with distinguished speakers such as Dr. Cornell West and Ron Jeremy. (No, not on the same stage- wouldn’t that be oddly awesome?). Once, we went to karaoke at Champs Bar, henceforth known as the night that Calvin nearly fell off the stage while singing “Gin and Juice”. The gang even got political together, surveying voters for a local PAC. In true fashion, we held a watch party for the 2004 presidential election, and we tossed back red and blue Jell-O shots as the electoral map lit up.

We all truly went out of our way for one another. One summer day, I spent too much time in the sun by the Terrace View pool and got severely sunburned. The burn eventually blistered, the blisters broke, and I had a wicked infection. It was several days before payday when I could afford to go to the doctor. Tammy and Gary took care of me, cooking me dinner and sitting with me while I watched Donnie Darko and Bubble Boy. (This was during my Jake Gyllenhaal phase.) Another time, Gary knew I was depressed about being alone on Valentine’s Day, so he invited me over to his place across the courtyard to watch Shaun of the Dead and eat spaghetti. We supported each other during happy times, too, like the New Year’s Eve that Matt’s band played at a place affectionately known as the Crack House, an unsanctioned frat house for misfit toys. That was the night I danced my face off while Calvin got a kiss from a random girl at midnight. Later that year, Calvin, Dave, and Gary were my dates when Matt married his long-time girlfriend Susan, outside at his parents’ house. (The most beautiful wedding I had been to, until years later when Dave married Mike at the top of the clock tower in downtown Denver.)

Maybe it was naivete or beer-goggled idealism. We didn’t see the twist ending coming. The signs had been there – regular customers bypassing the store for the Redbox outside of the Kroger next door; the hail Mary decision to abolish late fees; the sudden influx of magazines, candies, and other sale-through items. Blockbuster wasn’t going to let Redbox and Netflix snuff out the video star without a fight. Still, my co-workers and I soldiered on, enjoying our in-store movie game challenges, and watching the Christiansburg Fourth of July fireworks display from the storefront.

By August 2005, most of my regular Blockbuster crew had moved on. Literally, scattering about the state and country. Tired of hearing the question “When are you going to get a real job?”, I took a chance and met with my former co-worker Chad’s mom about a job in her department at the university. It was just a fact-finding mission, testing the waters over a cup of coffee at the student center. A few months went by before the job was officially posted and I interviewed in early October. Amazingly, I got the job! Halloween 2005 was my last day as a technical writer, and it also marked my last Blockbuster night. I had sold my soul for medical insurance and a retirement plan! As part of my severance, I honored my promise to enroll in Blockbuster’s unlimited movie pass, although at a store in walking distance of my apartment.

Four years later, all the Blockbuster stores in my district shuttered. During their liquidation sale, I returned to my old store, hoping to find a link to the past to hold on to – a cardboard display of a favorite actor or some genre headers for my home DVD collection. What I found horrified me. Everything was disorganized, dismantled, and picked over. Gone were the Action and Anime sections where Bryce and I would lie down on slow nights and read the Cosmo quiz to each other, out of sight of the security cameras. The post-apocalyptic Blockbuster was like going to a wake where thrice-removed cousins looted the place while close family sat silently weeping. Folks wanted to haggle over used copies of Paul Blart: Mall Cop or take selfies. I just wanted to get the hell out of there.

I had already gotten what I needed from Blockbuster – a chosen family. After all these years, I count my Blockbuster “mantourage” as my closest friends. I have attended their weddings, and sadly been there for some divorces. I have watched their kids grow up with the magic of social media. Some I still see in person regularly, like Dave, who recently stopped by my house just to gab about my Oscar picks. Others, like Calvin, I don’t see often enough, but for whom I would fly across the country at the drop of a dime.

Kroger has now annexed the old Blockbuster space. The spot where I once checked in peanut butter-covered kids movies is now a Starbucks. The produce section sprouted from the New Release wall, and the bakery used to be our back office/storage room/only reliable restroom. (Coincidentally, there used to be a “Let’s Go Krogering” sticker above the toilet!) One day, if I am lucky enough to have kids, I will point and say “This used to be a video store.” And I’m sure my child will look at me, puzzled, and say, “Wait, YouTube had a store?!?”

*Tiny fib. My favorite movie is Pretty in Pink. The film degree is legit, though. 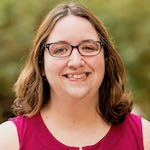 Betty Wilkins is originally from Martinsville, Va., but has called the New River Valley home since 1998. She earned her BA in Communication from Virginia Tech, where she has worked in the Department of Physics for seventeen years, despite never having taken a single physics course! After decades of crippling self-doubt and writer’s block, Betty is enjoying a renaissance with the written word. Her submission to last year’s contest, “Hudy’s Recipe”, received an honorable mention. She hopes to one day orchestrate a reunion with her co-workers and take a cross-country trip to the last Blockbuster on Earth in Bend, Ore.

One thought on “What Killed the Video Star by Betty Wilkins”