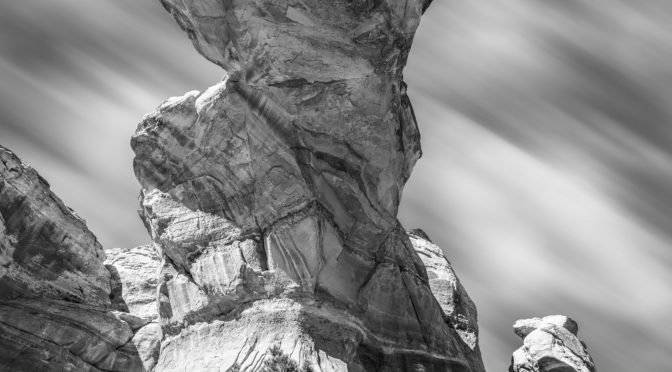 When I was a child, Moab terrain served as backdrop for macho trucks suddenly dwarfed like hood ornaments atop massive mesas, the sun blazing rays from which, within seconds, a Chevrolet logo would emerge. In a photo of Moab terrain, Doug half crouched with his bike on a flat rock precipice, the Colorado River murky in the canyon’s distance below its edge. In the frozen moment, a smile spilled across his face completing the image of energy about to explode into motion. I chose this photo for the cover of his funeral program. A year … END_OF_DOCUMENT_TOKEN_TO_BE_REPLACED