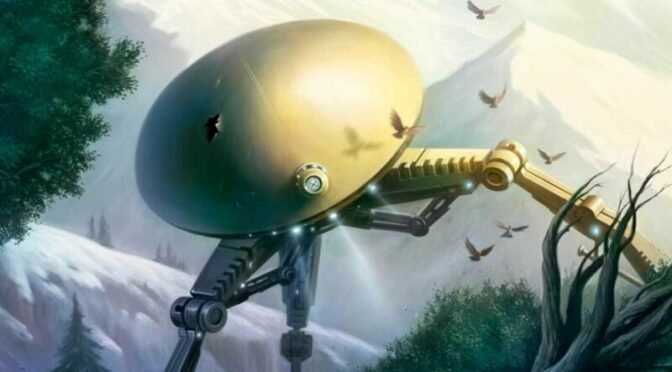 When I was about twelve years old, I found John Christopher’s YA Tripods books in the library. In this series, the humans on Earth have reverted to an agricultural, village-based society dominated by aliens who stalk the planet as giant “tripods,” three-legged metal vehicles in which the domineering hierarchy scans the population to make certain there are no outliers plotting to overthrow them. The aliens use technology to place a “cap” hard-wired into people’s heads when they are twelve or thirteen, and there’s a ritual ceremony surrounding it. The cap keeps humans docile and obedient … END_OF_DOCUMENT_TOKEN_TO_BE_REPLACED