From what Fern can tell it looks like a fight. Fern’s watching through a back screen door which makes the scene look like a pointillist painting. Grace flies across the kitchen floor at Philip, something in her hand, and it looks like she’s hitting him across the shoulder with it. Fern stands still for a minute, holding a bottle of white wine with one hand, her book bag and purse in the other. Then she goes for the door handle. “Ask him what he’s been doing!” Grace shouts into Fern’s face, jerking the screen door … END_OF_DOCUMENT_TOKEN_TO_BE_REPLACED

She adjusted the nasal cannula in his nostrils. She couldn’t hear the oxygen moving through the tubing. “Is that better?” He nodded, saving his breath for breathing. “The flight of stairs was a lot.” She hoped she didn’t sound condescending. “One flight—pretty fucking tragic.” He had more wind by the time he finished the sentence. “Let me just suck some of this for a few minutes and then I’ll be good.” “I’m going to unpack your stuff and open some windows.” She pushed herself off the bed that had been their bed and was now … END_OF_DOCUMENT_TOKEN_TO_BE_REPLACED

I Was Born Too Soon After   I was born in a crowded chorus of blizzard gusts, combing the darkness ten tiny fingers (one for every day I hung around the womb past due).   I breathed in my mother’s grief, humming through skin and limbs, and we shared the electricity of your ghost, your face descending in swollen vessels circled tunnels, deep and long, honey thick and just as slow moving from her heart to mine, the one still forming.   And when the hospital lights won out my leathery defiance, I searched the … END_OF_DOCUMENT_TOKEN_TO_BE_REPLACED

The Universe May Expand Forever   The fan blades spin large in your pupils, imperturbable peepers as a pilot’s. I am reflected in the corner of your eye, feeding you, and we are just mesmerized, aren’t we? Your thousand-yard stare to my closest attention. As you gulp the last drops of formula, I look down a glass telescope into your gullet. Past the curled tongue and pink gums, I can see you expand across your body from a radiant of light therein. Your vessel, something so small and still that your warmth nearly burning through … END_OF_DOCUMENT_TOKEN_TO_BE_REPLACED 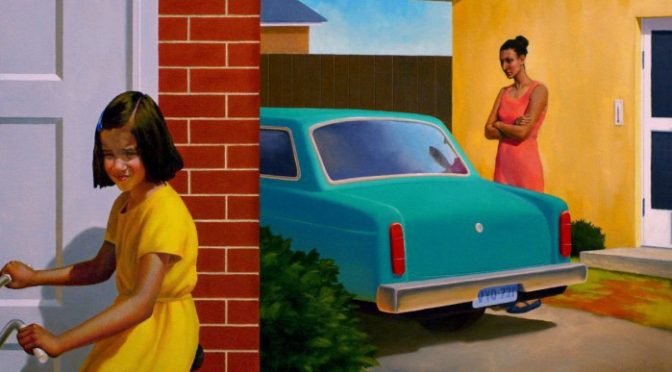 Rob Browning “always loved art,” and had parents who recognized his young talent, buying him books to encourage a budding interest in drawing and painting. Browning, a native of Nahor, a village in Fluvanna County, Virginia, received his BFA in Communications Arts and Design in 1979 from Virginia Commonwealth University. In studying art, he felt most influenced by 20th century illustrators Dean Cornwell, N.C. Wyeth, Howard Pyle and Andrew Loomis, among others. Browning was also attracted to the work of several American painters. “I like the same thing [Edward] Hopper seems to have liked. I … END_OF_DOCUMENT_TOKEN_TO_BE_REPLACED 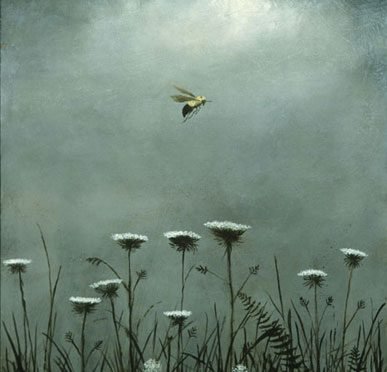 From her window as a child, Robin Braun could look beyond the grassy yard out to the Chesapeake Bay. The water, its tides and artifacts, would fascinate her from then on. Today an accomplished artist, Braun is best known for her fine, small paintings of the ocean, rivers and marshes, and the insects and bees that live in their grassy midst. She also paints scenes of farmland and rivers viewed from her studio in Southern Albemarle County, Virginia. “The water and high tides were deeply embedded in me at an early age,” says Braun, … END_OF_DOCUMENT_TOKEN_TO_BE_REPLACED