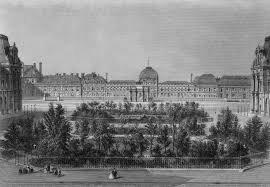 August 10, as my friend, Wikipedia, tells me, what is often called (by historians and other interested parties)  “the Second Revolution” occurred in France, when the mob stormed the Tuileries Palace, effectively deposing King Louis XVI, in 1792. Unlike Bastille Day, it is not a day marked with celebration and felicitation, but it certainly was important. Especially to Napoleon Bonaparte, who, through a concatenation of events, not least of which the deposing of the king, became First Consul in 1799 and Emperor in 1804. The third chapter of that story (or is the fourth or … END_OF_DOCUMENT_TOKEN_TO_BE_REPLACED