I was a typical child of Depression-era parents—left to fend for myself as long as I didn’t bring unwanted attention to my respectable, Southern family.

I, like most of my age group, was what I call a self-rising child. Now we would be called free-range. I can quite clearly remember playing in deep construction culverts right after a big thunderstorm with no adult supervision and absolutely no thought of the way water can flash through channels like that, sweeping everything with it in a deathly way. And I can remember being an early teenager walking to and from downtown and having a car pull up at a lonely street crossing, blocking my path so that he could show me his wares. I walked on downtown to meet with my girlfriends and never mentioned the incident at the family dinner table that night.

Something told me that my parents, who were good-hearted, well-educated people who had a very strong sense of family, wouldn’t be more than passingly interested and would go back to their martinis and socializing without too much of a disturbance. It wasn’t that they didn’t care. It was more that they figured their offspring could handle these things. At least that is what I like to think.

Mostly they were right. I figured out how to navigate in this complex and often mysterious labyrinth of growing up and ended up with the bold, bossy, independent nature characteristic, I was told by my Gen X assistant, of a Boomer.

All of which worked out quite well—until it didn’t. I got two degrees in English, a Ph.D. in Literature & Creative Writing, wrote quite a lot, published quite a lot, got married, had two lovely kids, embarked on an academic career—and then it all fell apart.

A marriage, an intact family, and a career were all left on the side of the road in a life landscape more like out of Mad Max than the carefully-planned garden vista I had expected to stroll through. Suffice it to say that I would have welcomed a flashflood or two, or even a jolly, neighborly exhibitionist over the crashing and burning of a carefully constructed career or finding the man I’d married and had children with was a stranger.

Somewhere in there I got good at realizing I needed help. My free-for-all days were over. My younger son once shared with me that, when I was upset and confused, I “milled around and called people.” Which is pretty much dead accurate.

My older son, the psychologist, gave me the word for this once when he called and asked me for advice.

“I need some scaffolding,” he said. “Like when parents don’t do a kid’s homework for him, but they provide the time and space for the kid to do it.”

I’ve found lots of uses for this idea, among them applying it to my writing.

While I don’t lack for ideas, I do often lack for, well, order. And I have long since discovered that a really whiz-bang idea that doesn’t ever get written down isn’t, in the long run, much use at all.

So here is some scaffolding for writing:

This doesn’t automatically get my books written—but it does make them possible. And beyond my own writing I have also opened up a coaching practice to help advise and nurture others along their unique creative paths.

I’m still my old free-range self, but now it is within colorful, sturdy scaffolding. 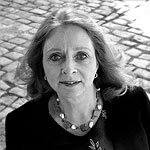 A teacher, author, essayist and (graduated) single mom, Ginger Moran teaches fiction and memoir writing at the university level, as well as to private clients. Her novel, The Algebra of Snow, which was nominated for a Pushcart Editor’s Choice Award, is soon to be re-released in e-format. She blogs at gingermoran.com and runs Creative Authority, a coaching practice.

One thought on “Scaffolding: Or How I Learned to Stop Being a Know-It-All and Take Advice from My 20-Something Son by Ginger Moran”