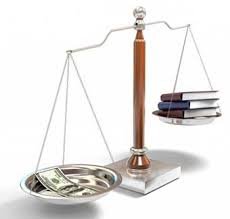 
Sharyn McCrumb, known for her Appalachian “ballad” novels, including The New York Times best sellers The Ballad of Tom Dooley, The Ballad of Frankie Silver, and Ghost Riders will be the keynote speaker at this year’s Virginia Writers’ Club Symposium. The Symposium, “Navigating Your Writing Life: Balancing Craft and Business,” will be held from 8:30 a.m. to 4 p.m., August 1 at Piedmont Virginia Community College in Charlottesville. The Symposium is sponsored by the statewide VA Writers Club (VWC).

Named a Virginia Woman of History by the Library of Virginia, McCrumb was awarded The Mary Hobson Prize for Arts & Letters in 2014. Her Revolutionary War novel, King’s Mountain (St. Martin’s Press, 2013) tells the story of the Overmountain Men in the American Revolution. Prayers the Devil Answers will be published next year by Atria. McCrumb has been writer-in-residence at King University in Tennessee and presented programs throughout the U.S as well in Paris and at the Chautauqua Institute. A native of Wilmington, North Carolina, MCrumb lives near Roanoke, Virginia and will discuss writing in a Southern voice. 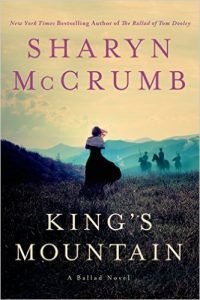 Novelist Susan Wittig Albert, a member of the Texas Institute of Letters, recognized early McCrumb’s special Southern perspective. “Sharyn McCrumb, whose growing body of work marks her as a writer of emerging significance, turns to the regional novel, I think, because she sees how urgent it is that we recognize what is around us before it has disappeared, eroded by the commercialization of our culture, leveled by Network English, or normalized by ‘national standards.’

”Writing with a sure, strong sense of place, she initiates us into the deepest mysteries of home and heart and offers us an Appalachian novel (She Walks These Hills) that is at once a celebration and a requiem. She does this, I think, from two perspectives:from the objective, ‘outer’ viewpoint of the anthropologist, and from the inner viewpoint of the artist.”

Commenting on the tough balance between the craft and business of being a writer, McCrumb says, “I was giving a talk at a writers conference once, trying to focus on the mechanics of writing, and a woman in the audience kept interrupting to ask me things like, ‘Can you deduct all the cost of your office furniture in one year?’ After two or three more questions that would have better directed to an accountant than I writer, I said, ‘What have you written?’ ‘Oh, I haven’t   written anything at all,’ she said. ‘I just wanted to get the business details sorted out before I started. ‘Being a writer is a lot like being a hooker,’ I told her. ‘You’d better find out if you’re any good at it before you start charging for it.'”

Among other Symposium speakers, Dan Moldea, an investigative journalist specializing in organized crime and political corruption, will discuss the writing of his memoir, Confessions of A Guerrilla Writer. His earlier books include the best seller How Organized Crime Influences Professional Football as well as The Hoffa Wars: Teamsters, Rebels, Politicians and the Mob, Dark Victory: Ronald Reagan, MCA, and  the Mob, The Killing   of Robert F. Kennedy: An Investigation of Motive, Means, and Opportunity; Evidence Dismissed: The Inside Story of the Police Investigation of  O.J. Simpson; and A Washington Tragedy: How the Death of Vincent Foster Ignited a Political Firestorm.

“For the past 41 years, I have been an independent journalist and the author of eight books who has concentrated on investigations of the Mafia and organized crime—which has been a really stupid way to make a living,” says Moldea. “Actually, I specifically investigate the penetration     of organized crime in legitimate institutions: American politics, the law enforcement community, businesses, labor unions, Hollywood, professional sports, the media, and other special interest groups. As a crusty and hard-bitten true-crime reporter, I just do what I do. God forgive me, I   love my job and my colleagues—even though I can’t stand the business in which I work.”

Mel Ayton, in reviewing Confessions of a Guerrilla Writer for History News Network, notes the importance of Moldea’s work. “His curiosity, focus and reflection provide significant insight into   the minds and motivations of a wide array of characters from ambitious politicians to political assassins…. As we see in Confessions, Moldea’s sense of ethics toward the investigations, collaboration with law enforcement, and responsibility toward the victim and his or her family can teach us much about investigating famous crimes. The book also deserves to be read by people who work for the media because it is a formidable contribution to the debate about media ethics, and the relationship between the media and law enforcement.”

A variety of other discussions and panels – from poetry and mystery writing to self-publishing — will also be offered at this Symposium. “Although the Virginia Writers Club began the Symposium five years ago, it’s still evolving,” says 2015 VWC Symposium chair Phyllis “Maggie” Duncan. “This year’s theme–Balancing Craft and Business–means we’re ‘all things to all genres.’ This is a volunteer effort. I’m so proud of those who’ve given up their personal lives to put this together. It bodes well for the Symposium’s future.”

“Virginia Writers Club is closing in on its 100th anniversary in 2018,” adds VWC President Betsy Ashton. “We are a chapter-driven organization with over 375 active members and 10 local chapters. We welcome published authors, not-yet-published writers and readers to enjoy events offered statewide.”

Click here for further information on the VWC Symposium.

Kimberly “Kimba” Dalferes, a member of the VWC Board of Governors, writes a humor column, “Dock Tale Hour,” featured in Laker Magazine. Her new book, Magic Fishing Panties, will be released in August by Booktrope Publishing. Kimba also can be found on her blog, The Middle-Aged Cheap Seats, or pursuing her passions as a renowned estate sale junkie and accomplished king salmon slayer.

Les Yeux du Monde is now showing  Summer Scenes: New Paintings by Isabelle Abbot and Priscilla Whitlock through August 16 at the gallery, 841 Wolf Trap Road in Charlottesville. This exhibition pairs plein air painters Isabelle Abbot and Priscilla Whitlock. Abbot parallels the process of layering brushstrokes to the experience of walking into a landscape, not only because of the immediacy of the brushwork but because of the unique high vantage point. Whitlock says “as the scale changes, the subject matter is more about the physicality and energy of the paint and less about landscape as scenery.”

A lunch with the artists will be held at noon on Wednesday August 5 (reservations required; free for Collectors Club). The gallery is open 1 to 5 Thursday through Saturday and by appointment. Call 434-973-5566 or visit www.LesYeuxduMonde.com.