Kristen Green, author of acclaimed, Something Must Be Done About Prince Edward County, shares thoughts on how she was able to write her first book.

KG: I didn’t know how to write a book, having never done it before. But, after working for years as a journalist, what came naturally to me was writing in chunks. So that’s what I set out to do.

To tell the story of my hometown, which closed its schools rather than desegregate, I essentially had three kinds of chunks: Memoir. Reportage. History. 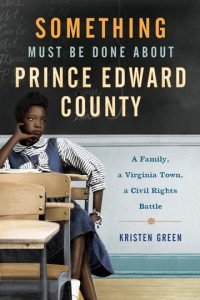 After selling the book to Harper, I began to panic. I was afraid I couldn’t get the work done. By the time I got my kids off to school each day and sat down to write, it was 9:30 am. I would sneak off for long weekends at a writing retreat in the Virginia mountains or to a house my family owned in a South Carolina beach town, but I just felt like I didn’t have enough writing time.

So, on the advice of my husband and a close writer friend, I started getting up at 5 a.m. That gave me two hours of quiet time before the kids got up to create content. I would not open email or check social media. I would simply make a pot of coffee and open up my computer and start writing some of the memoir scenes I needed to produce. I wouldn’t let myself edit anything. Rather, it was all about getting thoughts on the page. I could edit some other time.

I spent some afternoons doing work that was harder for me – wading through the history. I read lots of background on the five Brown v. Board of Education cases that were rolled together and wanted to be able to describe them in my own words, but I also wanted to be absolutely sure I could attribute everything. This process was tedious.

Some of my days were spent traveling to my hometown to interview key people for the book. Writing up those scenes was easiest for me. It was exactly like what I had done as a reporter for nearly two decades.

After these chunks of writing started to pile up, I wrote a sentence describing each scene onto its own index card, coded by color for memoir, reportage and history. Then I laid them all out on a very long table, trying to organize chapters of the book.

The book had three strands that I wove together. I organized the book on a chronological timeline according to the history. My personal history goes backward chronologically. And the memoir – the journey of discovering my town’s past bounces around a little bit, anchored by the strong chronology of the town’s history.

Weaving these pieces together, the chunks led to chapters, and chapters to a huge word file that became the manuscript. 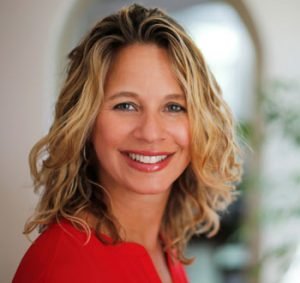 Kristen Green grew up in Prince Edward County, VA, the only community in the nation to close its schools for five years rather than desegregate. Kristen has worked for two decades as a journalist at newspapers including The San Diego Union-Tribune, Boston Globe and Richmond Times-Dispatch. Kristen has a Masters in Public Administration from the Harvard Kennedy School. She and her husband, Jason Hamilton, and their two daughters live in Richmond, VA.

NYTimes Book Review, Something Must Be Done About Prince Edward County