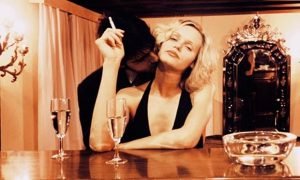 One day I decided I wanted to write a short story with a sex scene in it. I decided this for two reasons. One, first and foremost, I had read a short story by my sister’s high school boyfriend and he executed a sex scene in this way: ‟They did it.” It seemed to me that he handled it quickly and skillfully. Reason number two, (and this is more subterranean): I had males in my writing group I wanted to impress. Usually when I join a writer’s group it is a female-only affair and although that works well and we are generally supportive of each other, one of my group members said we needed men. She indicated we needed a male’s reaction to our stories. I must have agreed with her. The first time we tried to incorporate men into our group, we did not meet with success. The two of them came late, if at all, and one of them criticized a story he had not even read. He said, ‟Of course I haven’t read the story, but it seems to lack…” We did want criticism but criticism that was genuine and sincere, so when they stopped coming we didn’t pursue them. 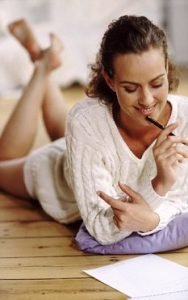 Then I happened upon a man who was looking for a writing group. I attended a reading at our independent bookstore and afterward stayed around chatting with people and drinking wine. A man with a little scar over one eye kept looking at me and smiling as if he already knew me. He joined the knot of people I was talking with and, when the crowd began to thin out, said, ‟I notice that whenever people talk with you, they laugh.” I may have said I was a comedic writer, I don’t know. I remember he said he moved to Charlottesville to write and to seek out John Casey, who was a writer he was familiar with. I told him John was my teacher and could become his teacher too, but this year John was in Rome. We determined that Blaise, the man with the scar, was looking for a writing group. He joined us and brought in another writer, Mark.

When I finally did write that short story with the sex scene, Mark acted like he’d gotten a letter bomb when I slipped the story under his apartment door. Blaise reacted to the story with the same wide grin he’d shown me after that bookstore reading. The women in the group didn’t bat an eye. 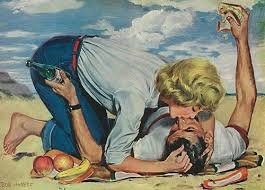 During our meeting about the story, Mark re-enacted the visceral, bodily response he had upon receiving it. He held the manuscript at arm’s length with one hand and slapped his forehead. ‟What if my roommate had picked this up?” he asked in, I think, mock horror. ‟What if he had read only the first line?”

The first line is: Every time a man tells me I remind him of his mother, he fucks me. 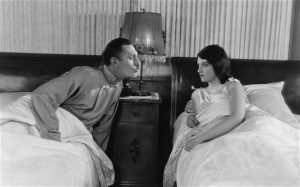 The second line is: It’s happened three times. If pressed about autobiographical roots in short stories, I would admit that this event has happened, but only once. Once does not a story make; once is not a phenomenon. But three times is. The narrator in the story, a newspaper reporter who is new to Florida, has sex in a dress shop with a man she met near there who owned the shopping mall. I did meet a shirtless, handsome man in a small shopping mall, but I did not have sex with him in a shop. I called the shop, later the story, “The Third Eye.” There may have been a shop there with a moon-shaped sign and a winking eye. I don’t really remember.

I’ve written the following line in another essay about autobiography and fiction, but it bears repeating here: Sometimes memory serves; sometimes it doesn’t. I certainly didn’t have sex with the shirtless man while the shop owner surreptitiously watched us. I don’t mean to imply that I am somehow above this behavior. Perhaps I’d like to be the kind of woman who would have spontaneous sex in a shop owned by a voyeur whose landlord had agreed to participate in this kind of three-way.

The aforementioned writing teacher, John Casey, once said, “Plots are wishes.” The shirtless man was certainly sexy and, on some level, I wished we’d had that sex. The plot line of the story does not turn on that event. The story becomes what a woman reflects upon when she is older, losing her youthful sex appeal, and, slowly, losing her hair. I began the story with a somewhat-truthful episode of getting my naturally curly hair cut and tamed into a “shag” near a shopping mall where the shirtless mall owner was tending to the landscape. The story ballooned into a treatise on hairstyles and sexual mores personified by the musical Hair and the resulting Age of Aquarius. 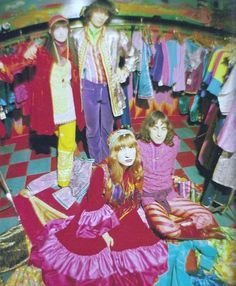 I changed the title from “The Third Eye” to “After the Days of the Orange Juice Cans” to highlight the narrator’s observations about the cultural change characterized by the sexual, and stylistic, freedom of the Age of Aquarius. This freedom coincides with a time when my narrator stops rolling her hair on orange juice cans to straighten out the frizz. At the end of the story, she concludes: “All that freedom, the free love, the long wild hair and the wine that flowed like water at parties where an entire circle of people would focus on one small joint as it passed from lip to lip. What it promised was dizzying and went wrong in ways we couldn’t or didn’t want to imagine.” Later I found a Langston Hughes quotation that sums it all up. In a work called “Theme from English B,” he says, “Go home and write a page tonight. And let that page come out of you. Then, it will be true.”

Mariflo Stephens ‘ essays and fiction have been anthologized in The Barbie Chronicles and Contempoary American Women Writers. Her work has appeared in the Virginia Quarterly Review and the Washington Post. She lives in Charlottesville, Virginia.

One thought on “The Making of the Third Eye”