My mother gave me her old Nikkormat camera when I was 13 years old. She’d spotted my interest in books of photographs by Ansel Adams and Edward Weston and set me on an evolving path.

I used the Nikkormat as a photographer and Editor-in-Chief of our weekly paper at the Taft School and again at Northwestern University’s newspaper. My Nikkormat was in hand during six years in Alaska, including three years in Gustavus at the mouth of Glacier Bay National Park where I basked in views of icy straits and was lucky enough to have a sweet little dark room. My prized camera also accompanied me for three years flying out of Skagway with Skagway Air Service.

When I wasn’t on shooting assignments, I tried to capture “fine art” images focusing on people and street scenes as well as the spectacular landscapes of southeast Alaska and Virginia. I received no formal training until much later when I took several digital photography classes at UVA followed by workshops with photographer Harold Ross. Until then, I relied instead on Ansel Adams’s The Camera, The Negative and The Print.

My Nikkormat was a rugged, dependable friend for a long time. It was hard to put it down when digital technology began emerging. My first camera still sits on a shelf where I see it every day.

When my wife gave me my first digital camera—a Nikon D40—I buried it on another shelf. Digital wasn’t real photography, after all. But constant chiding from a photographer friend to embrace and learn the new technology finally wore me down. I never looked back. These days I shoot with a Nikon D750 full-frame camera, and a Fujifilm X100S, a surprisingly powerful little camera.

Despite some 30 years with my Nikkormat, I didn’t really develop a sense of intention or satisfaction. Something was missing. Over the past year, I’ve discovered what was missing – light.

I’d spent most of my photographic life chasing beautiful landscapes, compelling subjects and strong compositions. But without full attention to light, there was nothing. Now I look for light; I let the light show me what it will. I find my subjects often take me by surprise. Now more of my images are still lifes, often combining objects that have little relationship until they are illuminated to tell a different story. I try to create images that suggest a mood, or another other life beyond the objects themselves.

I’m also trying to strip down my images so they are much simpler. My goal is to find character in increasingly “boring” subjects and mundane landscapes, to appreciate beauty in ordinary things. If an image needs an explanation, it isn’t doing its job.

My recent still life images are assembled from a growing collection of found/scavenged/discarded junk…old airplane parts, broken machinery bits and pieces, antique laboratory equipment, shop tools, and random objects from around my house and yard. I stage various items on a basement table, looking at them for a scene that hints at a mood, a purpose, another place, tension, calm…Often over a period of days, I’ll swap or move things around until the setup feels like it has something to say.

I shoot these scenes in total darkness. I set my camera for long exposures and illuminate each item with a variety of lighting sources – mostly different sized flashlights. Each object has a role in the image and gets its own particular illumination. The capture process takes anywhere from one to several hours, depending on how complicated the scene. It results in many separate exposures, sometimes hundreds. Most exposures are discarded; the final image often comprises 20 – 50 separate captures. What I love about this process is that I am really building the final image from a pile of smaller individual components.

Each image is really a merged stack of images, because I am taking one photo of each different element in the scene, and that requires a lot of blending and combining in Photoshop. I am not combining things that were not there. I am just photographing them one at a time and then putting them together, a bit like a jigsaw puzzle.

There is usually relatively little manipulation of color, contrast and saturation apart from adjusting exposure and white balance to make all the individual pieces match each other. The depth of color, texture, and richness of the image stems from the lighting of the object in each of the original captures. If this is done correctly, very little manipulation is needed later.

Striving to be a professional photographer, I believe a professional successfully creates images with intention. He can visualize the final image that he wants to create from a scene and he has the technical skill to capture and develop the scene.

I still admire Ansel Adams for his vision, his technical prowess, his dedication to the craft as well as his embrace of the constant technological progress that has always driven photography forward. I’ve also been profoundly affected by John Hulbert, a UVA photography instructor who pushed me to understand and master my camera. And Harold Ross, a photographer of light-painted imagery, literally showed me the light.

Ayres’s first solo exhibit will be shown at the University of Virginia Medical Center from July 8 to September 2. The opening reception will be held from 3:30-5 p.m., July 22nd at the Medical Center. To see more of Ayres’s work go to https://faxayres.smugmug.com. 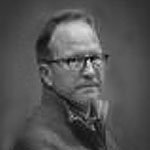 A native of Greenwich, Ct., Ayres was graduated from UVA’s Darden Graduate School of Business and worked as an investment manager in New York. He moved to Charlottesville in 2000 to become CFO at Monticello. A commercial pilot, Ayres enjoys flying, his cameras on the ready, always along for the ride.

4 thoughts on “Looking for the Light: Fax Ayres’ Photographs”