I recently interviewed my friend, Sue Eisenfeld, about her creative nonfiction writing, and it turns out she’s taught a range of courses and workshops at Johns Hopkins University in creative nonfiction. She’s taught travel writing, nature writing, and recently a course called The Literature of Science Writing that examines what makes science writing literary and not simply technical writing. Eisenfeld has also written as a freelance writer for twenty years, but far and above her essays and articles stands her first book, Shenandoah: A Story of Conservation and Betrayal, published by the University of Nebraska Press in 2015.

Many older Virginians that visit Shenandoah National Park know something about its history of forced relocations and displaced families, and even the visitor center at the park addresses the unpleasant subject. Eisenfeld’s book, however, seeks to make the history personal for her readers. Side by side with her own wilderness adventures are accounts from descendants of the families forcibly removed from the mountains to make a pristine wilderness park.

The story she shared with me about the making of her book sounds like an odyssey in itself. It began with a love of a region and its history. For years, Eisenfeld and her husband, Neil, hiked through the Shenandoah National Park in central Virginia as both a form of recreation and exploration. Not content to hike the established trails lacing the park, however, Eisenfeld trampled through brush and brambles to seek out history in the form of forgotten cemeteries, crumbling foundations of lost houses, and even patches of daffodils that marked old home sites. She also sought to provide a balanced account of the story, so she researched the man behind the park’s creation: William Carson, head of the Virginia State Conservation and Development Commission in the 1920’s. Her writing could easily have railed against the government that evicted families en masse to create a national park, but she chose instead to remain unbiased.

Eisenfeld spent two years researching and preparing for her book while maintaining her day job, and then as she approached her fortieth birthday, she quit her fifteen-year career in environmental communications to begin writing her book in earnest. For an entire year, she worked full-time on her book, and then spent a further three years revising her work and seeking a publisher. That sum of six years of work also marked a career transition that led to more freelance writing and eventually teaching at Johns Hopkins.

Eisenfeld is a writer dedicated to her cause, and she is currently researching and interviewing families throughout the South for yet another creative nonfiction work. When I asked her what it took to finish her first book, she replied “a deep obsession with the topic” that will help bring the writer back to their work. Like many other writers, she went through periods where she set her book aside for weeks at length but then found renewed inspiration to resume her writing.

She added, “There’s some kind of compulsion that makes people want to write”, and after all the research she’d invested in her book, she found herself committed. It didn’t matter that previous authors had examined the story of the Shenandoah National Park because nobody had written a book in the way Eisenfeld had. In her own words, she describes the impetus behind her first book, “I was in a unique position to write it, it needed to be written, and if I didn’t do it, nobody else was going to do it.” 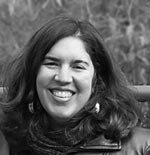 Sue Eisenfeld is a member of the faculty at the Johns Hopkins University M.A. in Writing/Science Writing programs and a five-time Fellow at the Virginia Center for the Creative Arts. In addition to her book on Shenandoah, she is a contributing author to The New York Times’ Disunion: A History of the Civil War (Oxford University Press). Her essays and articles have appeared in The New York Times, The Gettysburg Review, Potomac Review, Still: The Journal, Little Patuxent Review, Hunger Mountain, Under the Sun, Ars Medica, Blue Lyra Review, and other publications, and her essays have been listed among the Notable Essays of the Year in The Best American Essays in 2009, 2010, and 2013. Her website is sueeisenfeld.com.