Okay, maybe not exactly saved it, but at least shored it up.

Let me tell you how.

My husband and I married in the late 70’s, back when our generation was all about living simply, off the land and off the grid. We moved into a house with no indoor plumbing, used wood to heat, grew our veggies, and collected water from a nearby spring. Bob was a self-employed carpenter and I worked at a natural foods store. I made our bread from a dog-eared, oil and flour stained Tassajara Bread Book, and prepared meals from the Moosewood Cookbook and Vegetarian Epicure. We had no TV or radio, and did not get a newspaper. At night, we ate by candlelight, listened to music, and talked to each other. We called it our honeymoon cottage, that old farmhouse we lived in for a year. I loved our life, out in the country, away from city traffic and the artificial consumerism fueling the establishment. 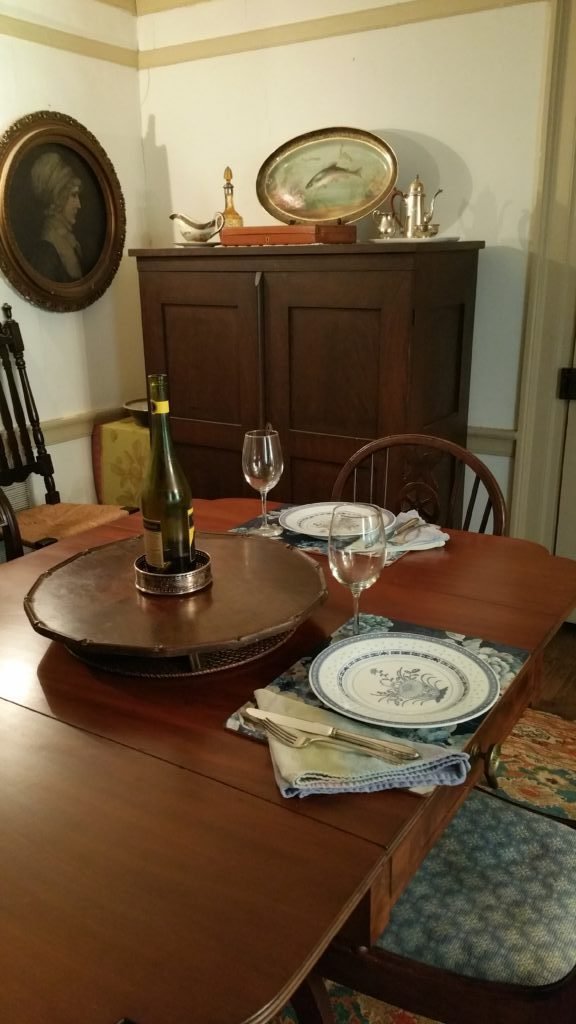 But something happened over the years that began to change our attitudes. We had a child. We moved into another house, one with electricity and water. We started listening to the radio, then caved and bought a TV. We could only get three channels off our chimney-mounted antenna, and those were grainy, but we could watch the evening news and a few other shows. Then satellite TV came along and CNN aired the news 24/7. We got into it. We wanted to be informed. And after our son grew up and left home, one thing led to another and we started eating dinner in front of the TV. We watched the half hour network news; PBS NewsHour and CNN and stopped talking to each other. We just watched TV and complained to each other about the state of the world and politics. When the 2016 election cycle came along, we were glued to the news like it was oxygen and we were divers. It was addicting, all that ranting and raving and expounding about emails and affairs and rigged elections and blaming and finger pointing. We even recorded SNL so we could watch the political skits. The news took over our lives.

And then, to our shock, Donald Trump won and neither of us could stomach the news, whether it was fake or real. It was too loud, too divisive, too much. A few days after the election, we went cold turkey and stopped watching, period. Even the PBS NewsHour made us queasy. I stopped reading the papers and newsmagazines and opened up my old cookbooks so I could avoid the pop up breaking news and memes on my tablet. We rediscovered our beautiful dining room. I set out placemats, sometimes even lit candles, and we ate at the table. We dressed for dinner. No, not Downton Abbey dressed, but Bob would change out of the clothes he’d worn to clean out the gutters or bush hog the fields and I would make sure my clothes were not cut offs and a tee shirt I’d been wearing to scrub the bathrooms or garden in. We sat at the table and started talking to each other again. We took out our old albums, Joni Mitchell, The Band, CSNY, all the music we loved back in the day and played those while we ate. We started reconnecting. We made a rule: no politics while we ate. We talked about books we were reading, projects we were lining up and work that needed doing around the house. I began to notice how blue my husband’s eyes were, how funny he could be. And I am happy to say that I feel married again, rediscovering the joys of talking with and paying attention to the man I’ve spent more than half my life with. What he has to say is way less stressful and more interesting than anything coming out of the news cycle. 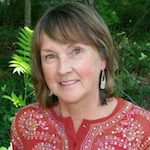 Ruth Ewers lives happily with her husband in rural Nelson County. Her work has appeared in The San Fransisco Bay Monitor, Country Journal, Modern Bride, The Christian Science Monitor, Writing it Real, Highlights for Children and Cricket, as well as several regional and local publications. Her most recent work was published under the pen name, Lucy Rothschild, in The Woman I’ve Become edited by Pat LaPointe. She also has a Facebook page, Wordterra.

One thought on “Donald Trump Saved My Marriage by Ruth Ewers”