All my life I’ve been attracted to weird things. And all my life I’ve been very much aware that other people think I’m weird for being attracted to those weird things. Sometimes it’s that I can’t help but be drawn in by all the different facets of human darkness. Sometimes it’s that I get interested in a subject that seems complicated and obscure, and extremely boring, to others. But whatever my latest passion is at the moment I can be sure that it’s not something that a whole lot of other people understand.

For a long time I judged myself harshly for this. As an adolescent, I tried to force myself to get interested in what everyone else was interested in—popular music, fashion and clothing, sports and TV shows—but it never worked. Almost as soon as I tried to get invested in something mainstream I could feel that familiar heavy sluggish feeling come over me. Boredom. And there was nothing I hated more than being bored.

When I reached adulthood, somewhere in my mid 20s, it seemed I had come to an uneasy sort of reconciliation with myself about my weird tastes. I knew by then they were never going to go away. Apparently, I would live the rest of my life inordinately intrigued by the most disparate of things, like serial killers and cult leaders, ancient religions and mystery schools, UFOs, abstract art, and Napoleon’s rise to power. Also, apparently, I would never really find anyone else who understood this about me. That I felt compelled to immerse myself in certain topics and areas of study, and that many of these topics were threatening, repulsive, or just plain odd to other people.

That’s when I realized I wasn’t alone.

I met writers who asked difficult, intricate questions about the nature of reality and the truth of our existence. I met writers who wanted to upset the apple cart, challenge the status quo, and use their work to uproot toxic ingrained assumptions and beliefs about human potential and capability.

I met writers who lived for their passion, no matter how dark, weird, or threatening other people found it.

And that was when, for the first time, I truly met myself.

I was reminded of all this over the past few weeks, because I’ve been catching up on my to-be-read pile of books, a collection of work from the amazingly talented writers I’ve met online in recent years. In the last month I’ve read Medieval fantasy, feminist historical fiction, an environmentally-conscious murder mystery, a dark comedy that revolves around sex trafficking in third-world countries, and a love story starring a woman with severe PTSD and emotional trauma. Every one of these books educated me, enlightened me, and shifted my perspective in some positive way, and not one of these books would exist if the writer behind it had shut themselves down because they thought they were too weird or the topics that called to them were too strange.

I think it’s easy to get caught up in feeling like the outsider that no one will ever understand when you’re a young writer. If you don’t know any other writers and you’re surrounded by mostly normal people, you start to get this feeling that something is really wrong with you, that you’re defective in some way. Added to this is the fact that writers are insanely observant and there is nothing we like better to observe than people. So, if we find ourselves in a group setting—like a classroom or an office—we immediately start looking around and comparing ourselves to everyone else. And when we’re the only person in the room interested in religion or psychology or history—or unicorns or telepathic powers or aliens—we start to believe that our difference is a bad thing.

This is why it’s so important to find your writing community. It might happen online, taking the form of a Facebook group or just checking in on the writing community on Twitter regularly. Or it might happen in real life with you meeting just one other person every week at a Starbucks to sit down and do some writing together. It doesn’t matter how it happens, only that it does happen. Happy writers cannot exist in a vacuum. We need to know that we’re not alone, that there are others like us. We need to know there are others who understand our weird tastes and callings, and not only don’t judge us negatively for them, but actually think they’re pretty cool.

Once we feel seen, and understood, and like we’re not so isolated any longer, that’s when we begin to blossom as creative beings.

And once we begin to blossom, all bets are off, because it’s guaranteed that the craziest most awesome flowering plant the world has ever seen will almost certainly come from the mind of a writer.

This post originally appeared on Lauren’s blog on June 24, 2019. 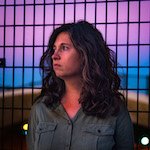 Lauren Sapala is the author of Firefly Magic: Heart Powered Marketing for Highly Sensitive Writers, a guide to help any HSP, INFJ, INFP, or introvert writer move past resistance to selling and marketing their work. She is also the author of The INFJ Writer, a writing guide made specifically for sensitive intuitive writers. Find more of her work at https://laurensapala.com/.

One thought on “Being Weird Is a Good Thing. It’s Time to Embrace Yourself as a Writer by Lauren Sapala”