That’s actually me. I have four kidneys. I joke about it, but with great feeling for what they each signify. Two are native, gifted by my parents. The others are from two donors who saved my life with their own flesh and blood.

I’m not a religious person, but the brotherly parable holds.

I fell ill towards the end of the millenium when my kidneys failed. My brother volunteered to donate one of his. We matched blood types and four out of five tissue types, delighting the transplant team at Cedars, who then performed the amazing surgery that brought me back to life, family, and work in Hollywood.

Cut to: twenty years later, an accident and subsequent surgery triggered a failure of his gift, leaving me on dialysis, yet eligible for another transplant. A little parade of friends volunteered to be tested as donors, offering parts of themselves to keep me alive. “Friend” seems so bland a word referring to people who just step up to try to save your life. Yet no one matched.

Plot twist: my brother’s daughter, now an adult, volunteered to donate! Although not a blood type match, we were close by tissue type. And over the two decades since my first transplant, that very same team at Cedars developed the antibody research that allowed transplants between different blood types.

Their research was not only a huge shift in the treatment of organ transplants, but also a foundational shift in antibody and antigen research in general, especially as a building block for MRNA and CRSPR technology.

I went through their new protocol of a series of treatments to replace and “clean” my plasma, thus reducing antibodies that might reject my niece’s kidney. We set the date. My brother and the rest of the family came from around the country. The transplant team prepped us for surgery.

But then, in a cliffhanger, my niece had a terrible reaction to the anesthetic and the doctors were unable to proceed.

We were all heart-broken. But the silver lining was that her offer to donate triggered the antibody treatment, which shortened my time on the wait list. Within six months, Cedars called me back in. There was a kidney waiting that was a match. It was from a man who had signed a donor card. I know nothing about him other than that because that’s what he wanted, but he’s keeping me alive now.

Sequel: In the not too distant future, organs will be test-tube grown. Probably by the same brilliant team that took care of me over the span of both transplants. These people are that smart.

But for this microscopically small slice in time, human beings will have been willing to share the gift of life with family, friends – and strangers. A facet of humanity and science that keeps me going and loving life. 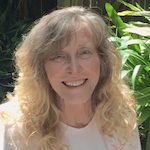 Bess Wiley is a filmmaker, writer, and kidney hoarder living in Los Angeles. She received her MFA from UCLA TFT and her writing has received a Goldwyn Award, Women In Film Award, and Nicholls Award, among others.

One thought on “The Kidney Hoarder By Bess Wiley”