Michael Snyder has traveled the world, camera in hand, documenting the stories of those concerned with environmental change and sustainability and the spaces they inhabit.

“I want to be very intentional about my work and do more than make more than pretty photos. My why underneath these images is to contribute to the conversations we need to be having about what it means to live well on this planet without destroying it,” says Snyder, an award winning photographer/filmmaker, and resident artist at the McGuffey Art Center in Charlottesville.

Having learned photography from his father, Snyder says the root of his consciousness for the environment began early. Mike was only five when his family moved from Dillwyn, Virginia to Frostburg, Maryland for his father to head New Dominion School, a wilderness camp for boys.

“I had the good fortune of growing up in Appalachia. As a kid we lived on twelve acres of reclaimed mining land. There were four kids. The woods was really my first home. Since childhood I fell in love with the mystery and wildness around me. At the same time, I saw change too. I saw the damage that had already been done to that land. It was pock-marked with sink holes. And the mountain behind my home town was slowly stripped away by surface mining. I think these things solidified my interests in celebrating wild spaces, and exploring our connection to them.”

Snyder’s interest was only furthered the summer of his freshman year at Dickinson College spent at Yosemite National Park. He remembers “the intense beauty of the land, and how much joy one can have from experiencing that. At the same time, I felt the responsibility of this generation and of all generations of preserving that, not just for generations to come but for the non-human inhabitants of these places.”

In high school, Mike wrote in his journal that he wanted to be a photographer. ”I wrote that I wanted to go on adventures and take photographs. This is actually more or less what I do today, which is kind of wild.”

Snyder studied geology and environmental science at Dickinson and the University of Edinburgh. His first jobs were a wilderness instructor and outdoor classroom instructor.

He later did environmental consulting and community organizing. As a consultant, rather than dwell on the worst-case scenarios, he often pitched narratives of environmental solutions. “Environmental stories have focused on the bad news since the 60s. And, of course, there is a lot of bad news, but we also need to tell stories about a better future and about people who are working to envision and build those things. Stories of hope and ideas. So by hook or crook I found myself pulled back into photo and film,” says Snyder who started his own production company a decade ago.

Snyder’s stories of hope and ideas now include numerous films and photos from as far away as India and Russia, Japan and Uganda to the Arctic and the Chesapeake Bay.

In 2012, Snyder went to a remote village in Uganda to shoot A Simpler Way, a documentary highlighting a solution to water purification issues using solar water disinfection. “The program focuses principally on schools, teaching young kids how to use UV rays from natural sunlight to purify drinking water. Critically, the program also focuses on teaching good sanitation habits. It struck me how incredibly spirited the children were.”

Images of destitution are not the whole story in third world countries, notes Snyder. “There’s a lot of joy in those places. There’s a lot of ingenuity, a lot of genius. Lots and lots of song and dance.”

In 2019, he was finishing his film Into the Dark, the story of the rapidly transforming Arctic. He was introduced to a Danish family who had started a dog sledding business in Longyearbyen on the remote island of Svalbard, one of the fastest warming places on the planet due to climate change. “Svalbard has already warmed by about five to seven degrees over winter the winter months, as compared to baseline temperatures from the middle of the last century. So, it really is on the front lines of climate change,” says Snyder.

“You see this little girl doing something little girls normally do and in the backdrop you see this intense landscape, and there are no human beings,” he says.

Nearer to home, Eroding Edges is an environmental project Snyder has been working on for six years. It documents a number of coastal communities throughout the United States experiencing sea level rise due to climate change and what they are doing about it. So far, the work has taken him to the Pacific Northwest, Louisiana and the Chesapeake Bay. “The idea,” says Snyder, “ is to focus on hope and also solutions, community leadership and courage.”

Shot at dawn, a member of the Quinault Indian nation hunts for razor clams on a long beach tidal flat. The nation is settled on the South Western corner of the Olympic Peninsula of Washington state. “They have been at the mouth of the Quinault River before recorded memory. They made the decision to move because of sea level rise and because of threats of tsunamis that will make the place uninhabitable. They’ve decided collectively to move the entire community. So they’re designing a community up on the bluff.

“In the photo, you see this vast, vast ocean and a tiny little person. But to me this person is also standing very strong and very proud. I think there’s space for us to have strength and courage even within this unfolding disaster.”

Snyder points to other community solutions in portraits of activists in the Chesapeake Bay area. Imani Black, left, started Minorities in Aquaculture using aquaculture—principally oysters—to help preserve the Bay and its culture. “Hopefully, solutions like this will not only mitigate environmental impacts, but also create new spaces for minority groups to reclaim culture that has been lost and left out of the conversation over the last one hundred years.” he says.

Alice Volpitta, right, shows what six feet of sea level rise would look like in her hometown of Baltimore. She declared to Snyder: “‘The first time I saw a sewer explosion, it changed my life.’ One of the impacts of sea level rise is impacts on urban infrastructure and sewer systems which are under intense duress both from increased rainfall and seawater backing up into these systems and then reducing their capacity. In Baltimore, it backs up out of the sewers and up into the streets. And it’s just increasing and increasing. So that’s the problem she’s trying to solve from a human health perspective.”

Also in Baltimore, Snyder documented his interest in the relationship of people to places. His portraits focus on recipients of a mindfulness program used as a positive intervention to affect change in various communities including schools and gangs.

“This boy had a life changing experience using mindfulness practice and went onto work with the Holistic Life Foundation. He’s standing in front of the Freddy Gray memorial and telling his story of what growing up in West Baltimore was like,” says Snyder whose story was published in The Washington Post.

For this student athlete who’d been pulled into trouble as a youth, says Snyder, this mindfulness program was part of finding his way back to health.

“I’m fascinated by how spaces affect our consciousness experience, both urban as well as natural. I was thinking about underground spaces as transitional spaces, some place you go to get out of again.” Snyder spent twenty-four consecutive hours shooting a series of portraits in the Philadelphia subway, “a place in its own right that has a its own moods, a place to be rather than to move through.”

Among Snyder’s ongoing projects is one that now brings him full circle. The Mountain Traditions Project looks at men and women who are carrying forward Appalachian traditions in our rapidly changing world. “How,” he asks, “do you hold onto things you love—these traditional pathways—while also embracing change? Whether that’s changing technologies, changing identities, populations and people.”

The butcher, above, runs a whole animal hog butchery. “It’s how it has been done in the region for many generations and it’s only recently changed. It’s kind of a counterpoint to industrialized meat. It’s a point of pride. It also looks at Appalachian values of waste not, want not, – being thrifty.”

“For me, it’s been kind of a love song to where I grew up. You get a real intimate feel when you document a place you know well and where you’re from. It’s been a real joy doing that.” Mountain Traditions will be published as a book next year.

Another future project includes Piping Hot, a look at climate change by way of what is eaten from the Chesapeake Bay. Snyder will also be speaking at the U.N. conference on climate change in November in Glasgow, Scotland. 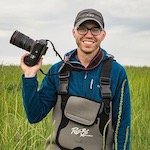 Michael O. Snyder is a photojournalist and filmmaker who uses his combined knowledge of visual storytelling and conservation to create narratives that drive social change. He is a Climate Journalism Fellow at the Bertha Foundation, a Portrait of Humanity Award winner, a Blue Earth Alliance Photographer, a Society of Environmental Journalists Member, a National Geographic Contributor, and a Resident Artist at the McGuffey Art Center in Charlottesville, Va. He holds an MSc in Environmental Sustainability from the University of Edinburgh, Scotland and a BSc from Dickinson College. Click here for Snyder’s website.