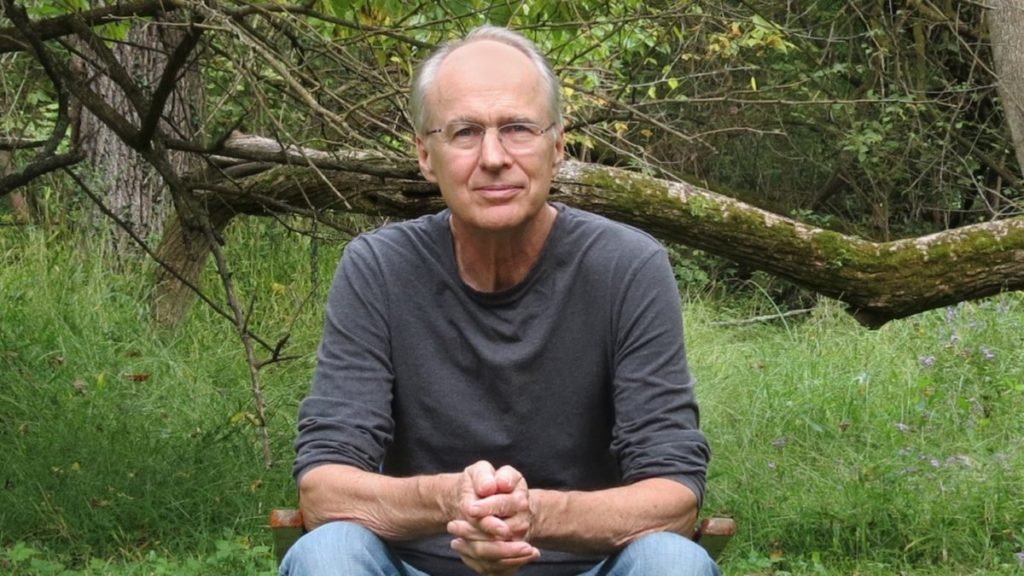 Robert Schultz considers himself a fortunate man. A retired Roanoke College English professor, he still follows his daily work schedule, keeping regular hours writing and reading at his desk and working in his studio. He lives on a cul-de-sac in Salem, Va. surrounded by woods and his wife’s bountiful gardens.

Then the pandemic hit. “I was rocked by the historical and maddening circumstances which came along and were made worse than needed due to leadership issues,” says Schultz. He was already photographing plant materials from his wife’s gardens on his scanner, noting their ephemeral beauty all the more due to the pandemic. He was also listening to the news and sensing an urgency to document his observations. The result  is an elegant photo book in which thirty-seven photographs illustrate a year of nature images facing quotes from the headlines, poets and thinkers as well as Schultz’s own reactions to the lockdown from February 2020 to February 2021. The brief but wide-ranging reflections—Specimens of the Plague Year—accompany images of things blooming and failing in their seasons, marking our collective progress through a year of beauty and terror.

“I photographed the specimens by placing them on my scanner, removing its lid, and turning out the lights,” says Schultz. “The technique creates a slight illusion of three-dimensionality due to the scanner’s narrow depth of field, and the specimens loom from deep, black backgrounds. I acknowledge the inspiration of the seventeenth-century Dutch still life paintings that seldom fail to include time and decay. They seem true to me, and timely.

“The natural world, which of course includes us, the virus, and my specimens, moves continually through growth, decay, death, and rebirth. Especially during the pandemic I have felt more poignantly my kinship with things marked and scarred, or things seen briefly in spring–the tiny five-petaled blossoms on the tendril of broom, for instance–all that beauty against a dark black background.”

At the end of the Pandemic year, Schultz considered his journey. “At some points I wondered ‘Why would anyone read my reflections?’ But then I recognized that the gathering of literary, philosophical and cultural references applied to this extraordinary time were quite personal to me, and offering their material to others could be of some value, perhaps. I’ve had a rich life of reading, and reflection and these days I’m remembering T. S. Eliot’s remark in “The Wasteland”: “These fragments I have shored against my ruins.”

CNN: “Six people have died from novel coronavirus in the United States as cases nationwide surge . . .”

“Someone on social media asked, ‘How do you deal with all the anxiety-causing news in these days of the virus and social distancing?’ . . . Most days we get our hands into the dirt, and we will never run out of gardening tasks. Still, the news presses on. Most days, whatever else I do, I browse the garden, the lawn, the driveway, limiting my gaze to the immediate and local zooming in. There is always something to notice, some small local beauty.”

“. . . Time has changed as we shelter in place. . . . Noting little details, small scenes in the garden is somehow mooring. . . . People are reporting a dazed, vague state of mind, difficulty concentrating, forgetfulness, perhaps due to the loss of their usual routines, perhaps due in part to the continual sense of invisible threat, a suppressed background that exerts its gravity nevertheless.”

“Everything in the yard in fact—flowers, shrubs and flowering trees—have grown and blossomed more luxuriantly than usual. Nature is putting on quite a show this spring.”

In Milton’s Paradise Lost, the rebellious angels, stunned, in darkness,

“reasoned high/ Of providence, foreknowledge, will and fate, / Fixed fate, free will, foreknowledge absolute, / And found no end, in wandering mazes lost”

New York Times headline and subhead: ‘Scary to go to work’: White House Races to Contain Virus in its ranks.

“First the red peonies in the yard unfolded from their hard, little ant-covered globes, followed quickly by the pink, and now after an interval, the white.” “The fullness of time (is) the now of eternity, where the soul in God knows all things new and fresh.” —Meister Eckhart

“. . . Today as I sit at my keyboard I see out my window peonies, quince and a shrub we recently identified as a Japanese snowbell. I can hardly imagine anyone more fortunate than we are, here at the end of a cul-de-sac, next to a woods with a small creek jingling by . . .

“. . . So, what are the artist’s responsibilities in times like these? As a writer, my stylistic watch-work always has been accuracy—accuracy in the registration of experience, objective or subjective, but my experience of the pandemic feels so peripheral that I question its worth. And the beauty of the gardens in this moment, can feel impertinent. . . . But perhaps many of us are finding our way through this time of masks and separateness in ways that feel, like mine, distanced, detached, ironic.”

“In Atlanta a large group of people were watching fireworks when a gunfight broke out after a car hit a pedestrian. Fourteen people were wounded, of which two were declared dead at the hospital. (WSB-TV) The incidents were part of a violent Independence Day weekend across the United States which left 160 people dead and over 500 more wounded in shootings. “(The Guardian) . . .

“It is estimated that in the U.S. there are 393 million privately owned guns, ranging from .22 caliber pistols to machine guns. . . . Sometimes people with guns get drunk, especially on holidays. We have so many guns and we are such volatile creatures! We’re like a crowd of smokers standing in a pool of gasoline.”

“This spring I found a robin’s egg on the ground beneath one of the poplar trees, and now the big magnolia by the creek is dropping its blossoms, petal by petal. Nature goes on, shedding its leavings, remaking itself season by season. As Wallace Stevens declared, ‘Death is the mother of beauty . . .'”

“(T)he activists (gathered on the capitol grounds) represented multiple groups including The Boogaloo Boys, The Original Black Panthers and Proud Boys. . . . Flags were rested on their shoulders and assault style rifles were slung across their chests. Scores of police officers watched from inside the (Capitol) square. Plywood covered the windows of the state Capitol building.”

“The sun is brilliant, the ground dry and frozen, still snow-covered . . .

” . . . In the past year I have never gotten used to the sight of a toddler, holding her mother’s hand, walking through the supermarket parking lot in her little mask . . .

“The days pass, one much like another, with no sense of linear time, but turning as if fastened to a wheel that throws off little sparks that cool and fall away into dark.”

“Covid 19 has claimed over 500,000 American lives. . . . Today I am looking for a way to imagine 500,000 deaths. Biden . . . noted that the country has lost more citizens to the virus in a single year than we did in World War I, World War II and the Vietnam War combined. That is a striking fact but somehow no easier to comprehend than the magnitude of the raw number, 500,000.

“A year ago, I wrote: The natural world, which of course includes us, the virus, and my specimens, moves continually through growth, decay, death, and rebirth. Especially now, idealized beauty that excludes change strikes me as a suave lie. And I feel more poignantly my kinship with things marked and scarred, or things seen briefly in spring . . . all that beauty against a dark background. All of this remains much the same now, but the black background of our experience has grown very much darker. How will we be changed by all we’ve been through? What I have seen this year does not make me optimistic that we will make good use of our experience. But I can work with hope.”

Robert Schultz has authored seven books in three genres and is an exhibiting artist. For his writing he has received a National Endowment for the Arts Award, Cornell University’s Corson Bishop Poetry Prize, and, from the Virginia Quarterly Review, the Emily Clark Balch Prize for Poetry. In art, Schultz works chiefly in photographic alternative processes, doing scanography and making chlorophyll prints. In the past three years his art has been exhibited in galleries across the U.S., has received jurors’ commendations, has been featured on the Lensculture and Lenscratch sites, in FRAMES magazine, and recently was shown in a solo exhibition, “Memorial Leaves,” at the Athenaeum Museum in Alexandria, Va. Michael Kirchoff, Editor-in-Chief of Analog Forever magazine, listed one of Schultz’s images among his “Top Ten” photographs of 2021. Five of Schultz’s chlorophyll print Civil War-era portraits are held in the permanent collection of the U.S. Library of Congress. His artwork also is held by the University of Virginia special collections library, museums, and by private collectors in the U.S. and abroad. Schultz’s work will be shown at the Chroma Gallery in Charlottesville for the month of February. 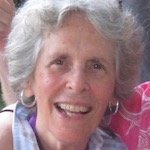 Elizabeth Howard is Streetlight Magazine‘s Art Editor, and author of Aging Famously: Follow Those You Admire to Living Long and Well (winner of the 2019 International Book Awards, health 50+). A former lecturer at the University of Virginia, Howard is a member of the American Society of Journalists & Authors. She has also made documentary films which have aired on Virginia PBS.