I’d met three of the Partons: Randy and Stella at a festival in Georgia when I was a kid and Dolly at a concert, where I snagged backstage passes from a friend who knew one of the backup singers. I recalled my preteen daughter and I standing in the parking lot next to semis and a butterfly back drop. When Dolly came from behind the semi with two hulking bodyguards and the spotlights came on, her sequined blue jumpsuit and six inch heels lit up, and my daughter tugged at my Polo and asked, “Daddy, is she real? She looks like a cartoon.”

I wanted to tell her that there are parts that aren’t real, like the wig and the implants, but I just said, “Yes, baby. She’s real.”

When our turn came, and we were up close, she played with my daughter’s hair, told her she was beautiful, and I stumbled around for what to say. I told her I loved all her music, how much I appreciated all of it, how wonderful her Imagination Library was, and how I’d help start it up back in middle Tennessee where we lived at the time.  She simply said, “Thank you” and smiled, and it was time for us to move on to our seats and for the next fan to come up and meet her.

I’d met other famous people in my lifetime—Joan Baez at a concert at a university and had a conversation with her and thought she looked familiar but had no clue who I was talking to until she walked out in the gym and began “Diamonds and Rust”; Jimmy Carter after hearing him teaching the best Sunday School lesson I’d ever heard; and Vince Gill who I didn’t recognize at a sale rack in Stein Mart; and of course many writers, but none of these folks held a candle to Dolly.

People always giggled when I told them I loved Dolly because they assumed I loved big breasts. Even my dad had assumed this and tried to matchmake me with a girl he’d met at work. He’d never tried to set me up, I thought it was odd, and I quizzed him. He said, “Well, she’s got red hair, but the rest of her looks like Dolly and I know how much you like Dolly.” I’d told him, “Dad, it’s not Dolly’s breasts I love. It’s her music, her personality, and her brilliance.”

Of course, we’d watched her on the Porter show, and then later on her own show. We had many of her songs memorized, and “Coat of Many Colors” was the theme song to our Southern poverty and a song I’d sung our kids to sleep to at night when they were small. I’d fallen in love with The Best Little Whorehouse in Texas, Nine to Five, and Steel Magnolias, and I’d been thrown out of at least one bar in college for dancing on a table to “Islands in the Stream”.

When Christmas rolled around, I had a tradition of buying our two kids an ornament. We’d evolved from cartoon characters to sports ornaments. I saw a commercial for Dolly’s Coat of Many Colors ornament, and I figured this would be a keepsake my two teens would love and cherish, particularly after I had died.

On Christmas morning, I’d saved the best for last gift and handed it to them, all wrapped with a beautiful bow.

The Dolly ornament box was a perfect match of a new iPhone box, and they’d begged for a new phone. They were very excited until they opened the box and saw the Coat of Many Colors ornament.

“You have got to be kidding,” they said and tossed the box aside and took off with their other gifts.“One day when I’m gone, you’ll appreciate it,” I yelled after them.

“I can’t believe they didn’t like it,” I said to my wife.

“Well, you have to admit, they just aren’t into Dolly like you are,” my wife said. “Do you think I should get implants?” 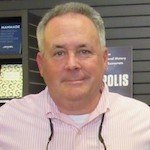 Niles Reddick is author of the novel Drifting too far from the Shore, two collections, Reading the Coffee Grounds and Road Kill Art and Other Oddities, and a novella, Lead Me Home. His work has been featured in seventeen anthologies, twenty-one countries, and in over three hundred publications, including The Saturday Evening Post, PIF, New Reader Magazine, Forth Magazine, Citron Review, and The Boston Literary Magazine.

One thought on “The Ornament by Niles Reddick”