Though many photographers have influenced me, the top three are Edward Weston, Richard Misrach, and Joel Meyerowitz. Besides his masterful compositions and tones, Weston taught me that simple reality is never simple. Misrach’s desolate but gorgeous images deepened my appreciation of color, even when shooting objects not normally considered photogenic.

Meyerowitz’s Cape Light photographs most influence my current work, leading me to search for images that utilize pure colors to suggest stories, moods or memories. One Meyerowitz picture, taken around dusk, haunts me: an open door spills warm light onto the porch of a beach house. You can almost smell the salt breeze, hear the waves, and feel the sweet fatigue from a day of playing at the beach lift in anticipation of dinner and drinks with friends. If it doesn’t necessarily remind us of past experiences, it reminds us of experiences that might have been.

The complexity and nuance of these elements led me to work on a project, Survivors, where I roam old neighborhoods in Portland, Ore., photographing distinctive century-old houses. If they managed to survive the twentieth century, they deserve to have their portraits taken.

Though vintage old homes primarily populate Portland’s Northwest Historic District, the area includes an array of historic apartment buildings. You can likely hear the kids laughing as they clang up and down the fire escape and the neighbors chat out the windows as the day winds its way to night. Excepting the wires in the upper left (and the stray window air conditioner), any passer-by at the turn of the last century might have seen the same scene, the same light.

Portland’s oldest existing homes date to the 1860s, concurrent with the Civil War and the great western cattle drives but the majority range from the 1890s to the 1910s. Ambient light knows no year, no nation, no creed. Free as air, all it requires is a surface to reflect upon and the eyes to see it, now or years ago.

If you walked down this alley, you would pass the back yards of several homes dating to the late 1890s. Around the corner is a farmhouse built in the 1880s.

Generally, I shoot during “golden hour,” when the long light at the end of the day shifts to the warm end of the spectrum, shadows lengthen, and colors deepen. This light lasts briefly. In capturing the instant, photographs freeze the light’s evanescence.

Besides its warm tones, golden hour often changes a subject by highlighting unique elements. Here the light not only catches the edge of a house; it also reflects light from the open window shutter, creating fleeting patterns. Taken fifteen minutes later, this whole façade would have slipped into shadow.

Though ostensibly about a couple of Victorian houses dating to the 1890s, this photograph’s true subject is light—saturated, direct and reflected. Here rare colors and shapes reveal themselves before receding into darkness.

This shot is from a very early Portland morning looks thoroughly modern, but the street lamps echo gaslight styles. Once, a field of stumps (painted white so people wouldn’t trip over them), sleepy workers tramped through such fogs when expanding the city, tree by tree. Portland still refers to itself as Stumptown.

Long light intensifies this image from Sandy, Ore., a small town east of Portland. The picture could have been taken in the 1920s; it’s a recognition that light and pattern remain faithful through the years. This photograph pre-dates the Survivors project, foreshadowing its aesthetics.

Also from Sandy, this mural celebrates Oregon’s pioneer past. Stepping to the side, however, and focusing on a small part of the image turns it into something unfamiliar, strange, and vaguely menacing. The “revision” reflects the terrifying shadow side of the pioneer experience: finding yourself and your family following a narrow forest trail, unsure where it leads, while surrounded by dense, foggy woods and rustling underbrush.

The narrative quality of the Survivors project may arise from the theatre photography I did for many years. In addition to photography, I also write plays. Some of these monochrome film images remind me of vague memories from dreams, which led to a Theatre of Dreams exhibition at Portland’s CoHo Theatre in 2009.

This is not to say that Portland lives solely through its history. Though the city has its share of graffiti and uniform corporate streets, it’s also home to many artists and is peppered with oddball flyers, stickers, and posters, subject to wind, rain, and wear. Time makes its appearance in stains and rips (and, of course, in using a vital figure from the twentieth century). 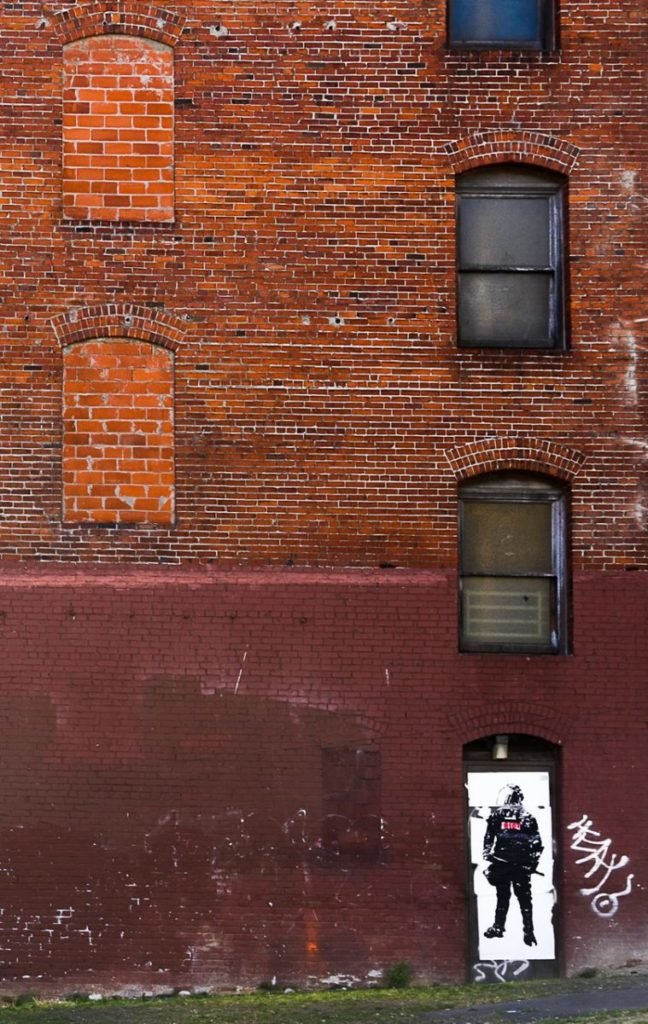 Finally, this beautiful old home bears a wild story from Portland’s earliest days. In 1859, Anna Balch fell in love with one of her father’s farmhands, the appropriately named Mortimer Stump. Danford Balch did not approve of Mortimer; so the lovers eloped. Later, Danford ran into the couple on the Portland waterfront, along with his daughter’s new in-laws. Words exchanged. Danford left, but returned shortly carrying a shotgun and emptied both barrels into Mortimer’s face. Quickly subdued, Danford Balch went on to be the first man hanged in Portland. Legally.

Anna’s second husband built this house, and one can imagine Anna leaning against a railing on a pleasant summer evening, trying to remember, trying to forget, trying to figure out how it went wrong and how she survived. 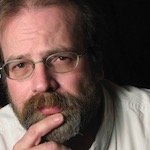 Steve Patterson’s photographs have been published in The Sun, Black Scat, On the Coast, the San Pedro Review, Shanti Arts Gallery, ASP Literary Journal, Typehouse, and other literary magazines as well as the Portland Oregonian, the Willamette Week, and other regional Pacific Northwest publications. His work has been exhibited in CoHo Theatre, Common Grounds Coffeehouse, and other independent venues in Portland, Ore. He also works as a playwright and as an editor.

One thought on “Photographs by Steve Patterson”