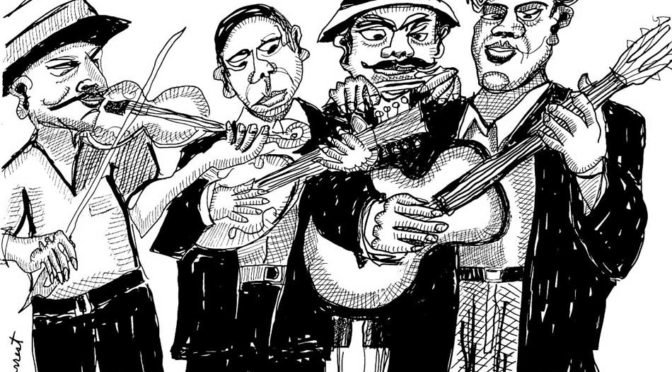 The New World Order Blues is inspired by the late conspiracy researcher and radio personality Mae Brussell, updated for today’s concerns and presented in one of the greatest music styles ever created by Americans—Black Americans: The Blues. Listening to Mae’s weekly radio show, World Watchers was like getting a re-education in history of the 20th Century. She uncovered many well-kept secrets we were not supposed to know. The Military Intelligence Industrial Complex was her turf and each week, from a radio station in Carmel, California, she took the lid off the conspiracy machine so we … END_OF_DOCUMENT_TOKEN_TO_BE_REPLACED 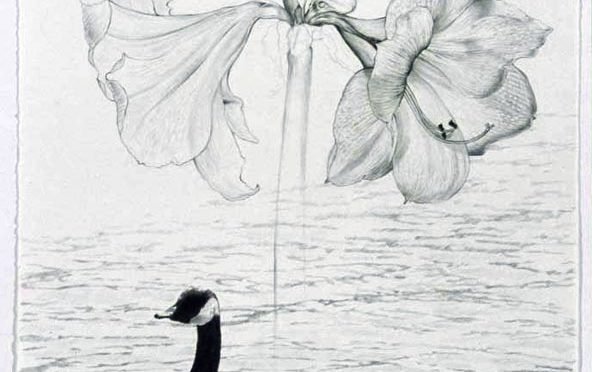 “These drawings were done during an experimental period when I was drawing from reality and from my projected photographs (slides). I loved the idea that I could juxtapose images…like a location and geese in a pond with something floating above them. I think the images relate to poetry in that you can have a line in a poem saying one thing and then another saying something else that’s associative. It leaves a lot to your imagination.” Chica Tenney’s work explores themes of ritual, human connection, a sense of place and the evolution of … END_OF_DOCUMENT_TOKEN_TO_BE_REPLACED