So, you’ve read a literary magazine’s guidelines, you’ve even read its sample poems available online, or ordered a recent copy of the magazine to learn about what they publish. Maybe you’ve taken a class/workshop in which your poems were critiqued by peers and a popular teacher.

But, how is it that some of our poems we have toiled over to the point that they are strong and seem to be the best they can be, do not get selected for publication by the journals where we’ve chosen to send them?

As a poetry editor, I’ve read many hundreds of submissions of three to five poems each, and sometimes one poem out of five in a submission would stand up and talk to me, insisting that I pay attention to it, read between the lines, look deeper. Poems which had possibility were read two or three times, maybe more.

More often, though, so many submissions contained work that was just not finished, the craft was not developed enough, or they didn’t show an awareness of an audience. Poems that are filled with “I” or “i” (I’m never quite sure why the poet is using lower case), with only description of how the speaker feels, or what the speaker (writer) experienced without any conclusions drawn or speculation that might be shared, leave readers hanging in mid-air, frustrated with wanting some meaning. Readers consume poetry in order to experience art, and all that art stimulates in them. They are usually not seeking to enter the therapeutic reason the writer has for producing the poem.

Often, such poems are also missing clear images, figurative language and any musicality. In other words, craft is missing, or has been attempted, but not given enough attention. Other poems appear to be prose, heartfelt (sometimes sentimental) flash memoirs written with line breaks in order to have the shape of a poem. These are not prose poems, nor narrative poems, both of which have poetic requirements and warrant a blog of their own. Poetry, like most art forms, requires a dedication to craft, as Gregory Orr reminds us in his book, A Primer for Poets & Readers of Poetry (W.W. Norton & Company). In his description of craft, Orr says it “consists of all things one can do with words on a page—those linguistic skills you’re naturally gifted with, and those things you learn about poetry as you read it, study it, and write it yourself.”

As a teacher of poetry for twenty-five years, I’ve noticed that most drafts which students bring back to workshop as re-writes, after receiving critiques, contain editing, but not revision. Kim Addonizio and Dorianne Laux, write about revision in their book, The Poet’s Companion, A Guide to the Pleasures of Writing Poetry (W.W. Norton). They describe true revision as, “…a re-visioning of the poem’s potential and the strategies it has used so far. In an early draft, the language on the page should be considered temporary language, ripe with possibilities, with the gifts your subconscious mind has offered up.” In other words, poems require lots of revisions and great commitment.

But, say, you’ve put in the work and sent the poem out to a few publishers. Did you realize what a very competitive process publishing is? It’s another version of a contest, really, with less intensity and fewer competitors. The work of beginning and emerging writers often ends up on the same desk as that of poets who have spent much of their lifetime developing the craft, and who regularly read the work of accomplished poets themselves. But even being an accomplished poet does not guarantee one’s work will be published, either. It is about what the magazine needs, how the writing measures up against all the other submissions, what is original about it, how it fits into the magazine’s larger style and subject matter. Always, there is limited space, and quality counts, language counts, revision counts, proofreading counts. Proofreading counts a lot.

Once a poem has been sent out into the world to make it on its own, there are real people it must encounter and persuade, real pitfalls and obstacles that will stop it in its tracks. Indeed, it may come limping back to you, hoping you have the ego to withstand its rejection, and the courage to question yourself, revise it and give submission another go. And hopefully, when you least expect it, one publisher just may embrace your creation and give it a home. 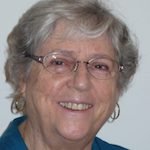 Roselyn Elliott is the author of four poetry chapbooks: Ghost of the Eye, 2016, Animals Usher Us to Grace, 2011, At the Center, 2008, and The Separation of Kin, 2006. Her essays and poems have appeared in New Letters, diode, Streetlight Magazine, The Florida Review, BLUELINE, and other publications. She is the former poetry editor at Streetlight Magazine, and teaches at The Visual Art Center of Richmond.