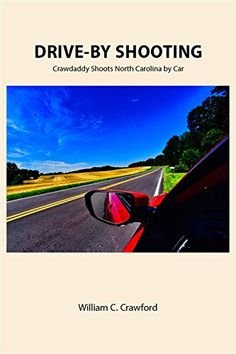 Some of America’s greatest photographers roamed the country by automobile. They forever changed the context of artistic imagery. They eventually replaced traditional monochrome with color, and they shot the unnoticed aspects of the backside of our country. Stephen Shore, Bill Eggleston, and Lee Friedlander were well known, working members of this New York school of photography.

I am their present day disciple. An avid minimalist shooter, I helped to invent “forensic foraging,” a throwback approach to modern digital photography. The heavily saturated, vivid color of these pictures drive the work. The subject matter is often banal and mundane. However, it graphically illustrates the visual power of “forensic foraging.” The aim is always to highlight the hidden beauty and visual value of the every day things around us. I always strive to make the trite and trivial more interesting. (Click here to see Crawford’s earlier Streetlight blog on “forensic foraging”).

I spent five years (2014-2019) sifting through my home state of North Carolina. The result was DRIVE BY SHOOTING. I typically traveled by auto, keeping my mind wide open for often unseen photographic opportunities. These photos are a sample of thousands of images one observer called “classic Southern funk.

My list of personally influential photographers purposely omits one very important shooter. Focused exclusively on trendy fashions and the people who live and breathe them, Bill Cunningham shot the New York City street in painstaking detail. Roaming the city for over forty years on his trusty bicycle, he recorded the sartorial innovations of both celebrities and unknown folk who set important clothing trends in Gotham City. He consistently posted the likes of Greta Garbo and likewise, virtual unknowns, like Susie Q, on the much ballyhooed Fashion Section of The New York Times.

Bill’s work was so compelling that I sometimes sheepishly found myself stealing a fashion shot now and then just out of respect. While doing my DRIVE BY SHOOTINGs, I often snapped images of spiffy storefront clothing ensembles featuring mannequins, not the resplendent, live New Yorkers that Bill fancied. My photo files are liberally sprinkled with chic wooden ladies dressed to the nines. Friends sometimes even now ask me for their phone numbers after an all too hasty first glance. This is all because of Bill Cunningham, one of the best NYC street photographers ever!

His philosophy actually became the driving principle for this book. When I got into my car and started motoring, I tried hard NOT to have a plan. Cunningham’s own words are instructive: “I go out everyday. When I get depressed at the office, I go out and as soon as I am on the street and see people, I feel better. But I never go out with a preconceived idea. I let the street speak to me.” This too was my approach—the images found here are mostly lightly spoken after thoughts unlocked and elevated by my camera for a bigger audience. Turns out, there is unseen beauty and value lurking almost everywhere.

These photos illuminate the backside of my home state. Moreover, they showcase the solid techniques of the pioneer shooters who got me started.

Some readers may wonder why my images contain monochromes given the color pioneers whose historic example drives my work. DRIVE BY SHOOTING contains black and white photos simply as a nod to the great shooters who preceded Stephen Shore. This includes, specially, Walker Evans and Robert Frank. These masters roamed America recording our daily saga in adept monochrome detail. They reinforce the written work of de Tocqueville and they painted an American rhapsody for posterity.

My inclusion of monochrome also is a wink to the great female shooters who never quite achieved their just due. If Stephen Shore had been on the distaff side, AMERICAN SURFACES might have been dismissed as mere banal crap. But Dorothea Lange, Helen Levitt, Diane Arbus, and Vivian Maier soared using black and white. I can only hope my mono lives up to theirs every now and then.

Then, there are my own early days in the game as a combat photojournalist in Vietnam. The three Pulitzer Prize winners who mentored me thrived with Tri-X.

In the Jungle War, Life magazine’s Larry Burrows mimicked Shore by introducing color to our combat reportage. Even today, if I see a shot that fits, I try my best to emulate Tri-X with no hint of an apology. Monochrome is forever deeply imbedded in my DNA.

To see more of Drive by Shooting, click here. 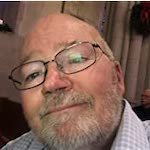 William C. Crawford is a writer and photographer based in North Carolina. He got his start as a combat photojournalist in Vietnam. Nowadays, he travels America in search of compelling images which may suggest storylines for his writings. Bill has published book reviews, short stories, essays, and images in more than 150 journals, literary magazines, and newspapers. He was also an Adjunct Professor at UNC Chapel Hill/UNC Greensboro. Click here to see his website.