When I was an adolescent, I read novels voraciously, and the genre of sword-and-sorcery fantasy appealed to me most. It combined supernatural magic, an element seeded into countless cultures and religions, with heroic warriors and monsters, and it allowed me to escape the doldrums of my unremarkable suburban environment. As I grew out of my teens into adulthood, a different type of fantasy fiction began to appeal to me: the horror genre. Writers like Stephen King and Clive Barker wrote engrossing novels that, on the surface, seemed like realism, but they typically possessed a paranormal … END_OF_DOCUMENT_TOKEN_TO_BE_REPLACED 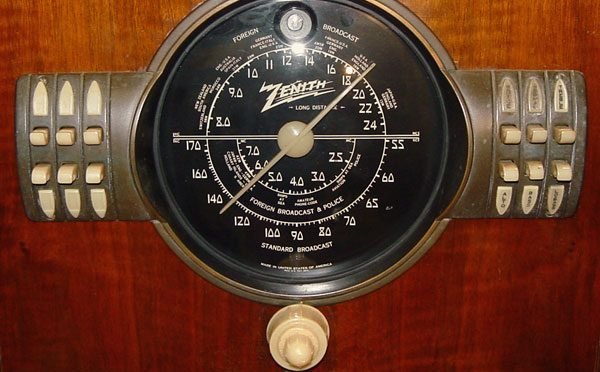 Imagine for a moment an American family collected in a cozy living room and gathered close for the evening’s entertainment. But instead of gazing expectantly at some oversized TV screen while battling the constant distraction of smart phones and mobile devices, the family hovers around the carved, wooden face of a console radio that broadcasts the latest news, stories from the War, and of course, serial radio dramas. This was exactly the sort of evening my father would have enjoyed in the 1940’s. Just recently, at a dinner party with friends, I spoke with a … END_OF_DOCUMENT_TOKEN_TO_BE_REPLACED