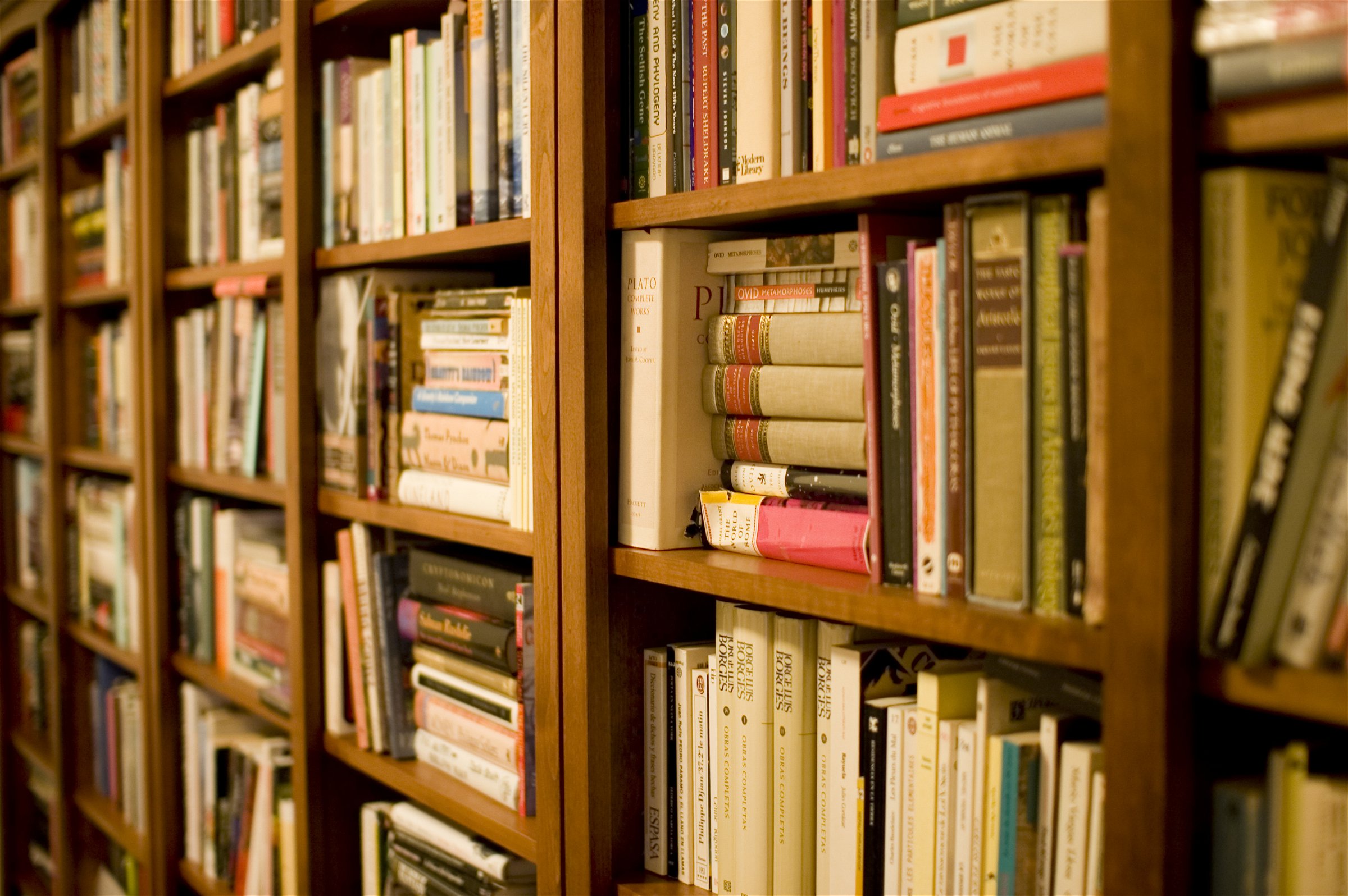 I have a shelf at home where, up until recently, I kept the books I hadn’t yet read. It was three shelves, actually, stacked with the volumes I hadn’t had the time or chance to peruse. Many of the books have been there for quite a while, because I have a bad habit that, if you’re a serious reader, you may be familiar with: I reread books. Yes, it’s a bad habit. I’ll finish a book, look over my choices for the next one, and go back to an old favorite, one I’ve read before … END_OF_DOCUMENT_TOKEN_TO_BE_REPLACED 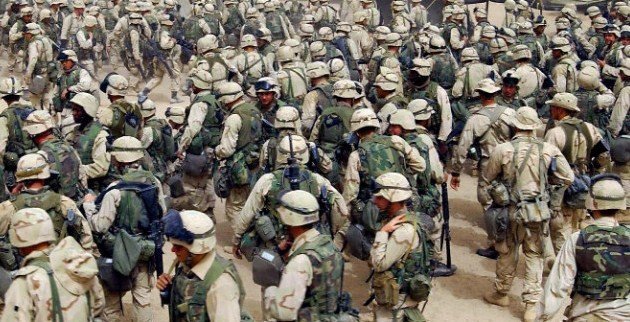 Something I’ve noticed about public discourse over the past decade or so is the habit or need to assume or force our real lives and events to fit into the arcs and tropes of fictional stories. This happens to us as individuals but also occurs in the larger communications of our culture, from the way we address the lives of individuals to how we address movements and nations. I call it narrativism, because I don’t have a better word for it. I call it narrativism in the same way that one calls bias based on … END_OF_DOCUMENT_TOKEN_TO_BE_REPLACED

At one point in the graphic novel Maus, Art Spiegelman’ chronicle of his father’s life before WWII and in Auschwitz, and the author’s own difficulty dealing with that history, Spiegelman is speaking with his therapist, who is also an Auschwitz survivor. Spiegelman is having great difficulty writing the second part of his book, which concentrates on the father’s time in Auschwitz; the holocaust, as a subject, is too large, too complex, too evil to even address, to the point where both men are struck dumb. Eventually the therapist quotes Samuel Beckett, saying “every word is … END_OF_DOCUMENT_TOKEN_TO_BE_REPLACED 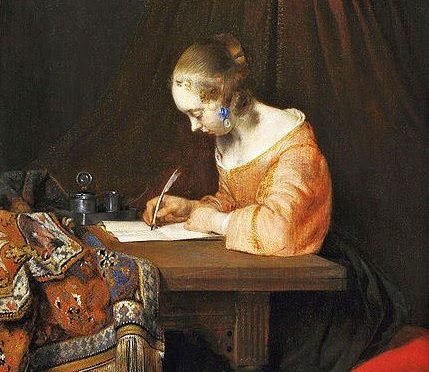 But do we? Do you still get letters?  Sometimes I find myself wishing I did. Of course I get mail. Everybody gets mail. But is the monthly statement from Belk’s to be considered a letter? I don’t think so. I know they love me. They’ve told me so many times with their catalogs and wonderful offers, but somehow, I don’t think it’s personal. Same goes for Dominion Power (without the special offers) and the doctor’s office. They use my name to keep from confusing me with somebody else, but it’s just not personal. Oh, e-mail. … END_OF_DOCUMENT_TOKEN_TO_BE_REPLACED

As Streetlight gets ready to go into our second year, it’s my sad duty to bid farewell to one of our editors and my glad duty to introduce two new editors. George Kamide, who has been on the staff since we went online last year leaves more than a small vacancy here. One can hardly overstate the contribution George has made, not only as fiction editor, but as a planner and facilitator of the website. His previous experience working on an online publication and his willingness to put in the extra effort  made our … END_OF_DOCUMENT_TOKEN_TO_BE_REPLACED Hello, I am currently under threat of hurricane, and electrical power/internet access could be cut at any moment, so I will be brief: I recently attempted to write a short story in the form of the narrating character’s first-person blog. It was difficult, to say the least, largely because the narrator was a low-key software engineer approaching 30 and living in Maryland with his wife and child. The main difficulty came from the fact that this character was in no way realistically allowed to be verbose. He could have some wisdom, and make insightful observations … END_OF_DOCUMENT_TOKEN_TO_BE_REPLACED This year, Poetry Magazine has been celebrating its one-hundredth birthday. It’s not unheard of for a magazine to last a hundred years, even in this country where things get old fast, but it’s still unusual enough to note. And for another reason: not only has Poetry been celebrating its birthday all year long by publishing notable poets from its past alongside the contemporary – it also has published an anthology. I got notice of this in the mail last week and so I pass on the news to anyone who might want to know about it. One … END_OF_DOCUMENT_TOKEN_TO_BE_REPLACED In August, Charlottesville author Jane Barnes published her third book, Falling in Love with Joseph Smith: My Search for the Real Prophet. She has written for films and publication and has two novels: I, Krupskaya, and Double Lives. Falling in Love with Joseph Smith is her first full length work of non-fiction. She describes the book as a spiritual memoir wrapped around a biography of Joseph Smith. Though the book has landed fortuitously in the middle of the “Mormon moment,” it has nothing to do with either Mitt Romney’s campaign or the Book of Mormon, the long-running Broadway musical. Her passions … END_OF_DOCUMENT_TOKEN_TO_BE_REPLACED Just about the worst thing a book jacket designer can do is, in my opinion, depict any of the characters on the cover. It seems almost a cruel thing to do, like he’s stealing imaginative power from the reader before the reader even gets to open the book. Story writing, by its nature, engages the imagination, but the imagination loves shortcuts, and any cover-art with a character in it is like a pizza delivery guy showing up when the author has spent hours cooking up a gourmet meal of prose. (Now, if you’ll please forgive that … END_OF_DOCUMENT_TOKEN_TO_BE_REPLACED [frame align=”right”] [/frame]The first American best seller was Susan Warner’s Wide Wide World, a saga of tears and redemption that appeared in 1850. It was eventually outsold by Uncle Tom’s Cabin, but only just. It’s not surprising that this best seller – and many a follower – was written by a woman. While women had no foothold in the professions – law, medicine, college teaching, scientific research, indeed, higher education itself, were virtually closed to all but that remarkable few who had supportive and indulgent parents (which is to say, fathers) or other male protectors. … END_OF_DOCUMENT_TOKEN_TO_BE_REPLACED